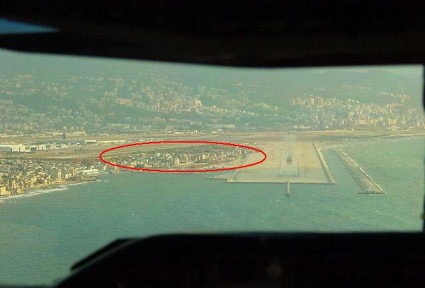 A Kuwaiti businessman’s plane is still being held for investigation by the Italian police in Napoli after it was fired at when leaving the Beirut Airport three weeks ago.

The plane is a Challenger 604 and was departing from the Beirut Airport when gun shots were fired at it causing several holes in the plane’s body.

Now here’s the funniest part of the story.

International investigators handling this case are claiming that Lebanese living next to the airport could have shot at the airport by mistake in post-game celebrations during the World Cup. [lebanonfiles]

If this turns out to be true, we should be very relieved to know that anyone can sneak in Beirut’s Airport and get on a plane without anyone noticing and that every plane is in shooting range from the airport’s nearby habitats.