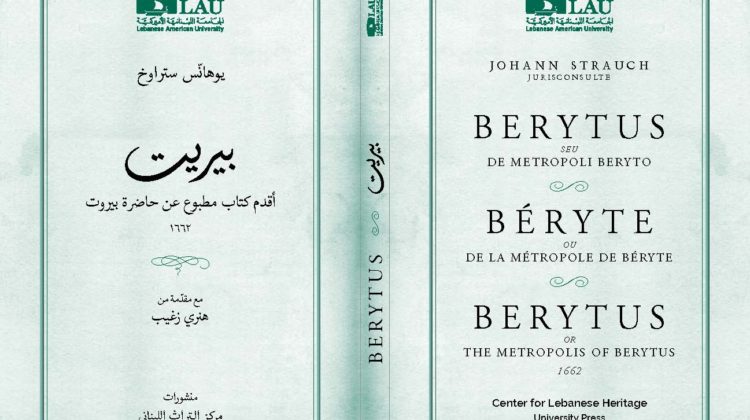 Back in January, I was invited to attend a special event at the Center for Lebanese Heritage (CLH) at LAU where a translation of the very first book to be printed about Beirut was launched.

Berytus or the Metropolis of Berytus – published in Latin as early as 1662 by the German jurist Johann Strauch – has now been released by CLH in French, English and Arabic, along with a facsimile of the original, as one single volume. Previously, Attorney-at-Law Joy Tabet and USEK Professor of Latin Mireille Issa published a French translation with Dar An-Nahar in 2009 on the occasion of Beirut’s nomination as the World Book Capital.

Berytus sheds light on the city as a commercial center and a Roman colony, focusing on the origins and function of the “very noble School of Law” – one of the oldest Phoenician academies. Established in the third century AD, the school served as a repository for imperial edicts and a reference on judicial procedure in the Eastern provinces of the Roman Empire. Under Emperor Justinian I, this great metropolis, according to Strauch, became a pioneer in constitutions and legislation, earning the title Berytus Nutrix Legum (Beirut, Mother of Laws).

The school was destroyed in the aftermath of an earthquake in 551 AD, and students were relocated to Sidon until Beirut was rebuilt. But no sooner was it reconstructed than a fire razed it to the ground. “This has been Beirut since the dawn of history,” said Zoghaib, “perpetually confronted with wars and catastrophes from which it rose at every turn.”

Complimentary copies of the book were offered at the event. Berytus will be distributed to university libraries and research centers in Lebanon and worldwide. 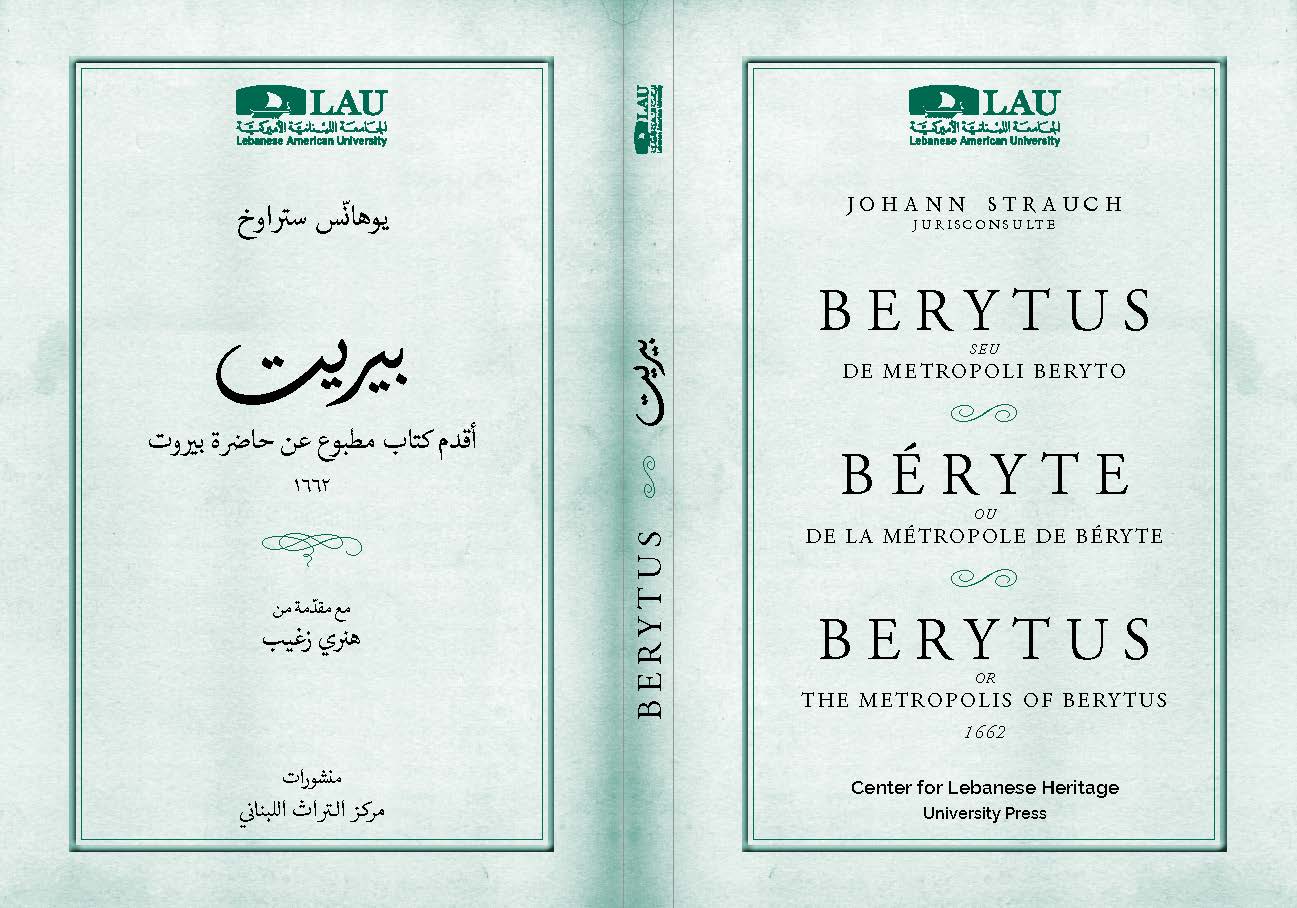