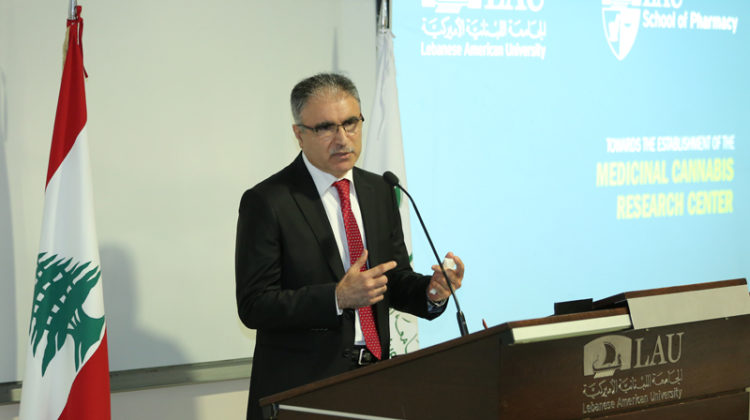 Should we legalize cannabis in Lebanon? What’s the potential medical value of Lebanon-grown cannabis? The use of weed in the medical field has been legalized in several countries worldwide and there are “currently 10 academic research centers studying medical cannabis in the world: six in the US, and the others in Canada, the UK and Australia”, and LAU is planning to establish the first ever medicinal cannabis research center in the region.

The initiative was launched on May 30 during a lecture held by Professor Mohammad Mroueh of LAU’s School of Pharmacy who spoke “about the major potential gains of pursuing the study of medical cannabis and eventually manufacturing pharmaceuticals with the beneficial compounds present in the plant” and along with the President of the Syndicate of Pharmaceutical Plants in Lebanon Carol Abi Karam “outlined the medical importance, and economic and social benefits that pharmaceutical cannabis products could bring to Lebanon, including economic gains, reduced unemployment, and a reversal of the brain drain”. [Source]

I’m all for using cannabis in the medical field and it’s about time we decriminalize the use of weed for recreational purposes. Legalizing it is still a long shot and I’m not in favor of it because it would benefit the local mafias controlling its distribution. If the plan is to make money out of it to boost the economy, we all know that’s not gonna happen here, at least not with the way the country is being run.