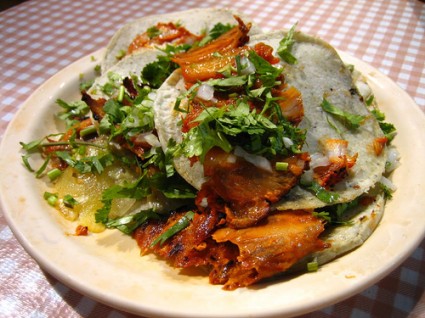 Mexican-ish food is both hugely popular in the United States and spreading wildly, but that’s raised a lot of concerns about the authenticity (or lack thereof) of various popular dishes. But William Booth argues that this is largely misguided and authentic cuisine has always been a moving target.

Tacos al pastor apparently date back only to Mexico City in the 1950sâ€”a consequence of Lebanese immigration to Pueblo in the ’30s. That makes them hardly any more traditional than Taco Bell, founded in 1962.