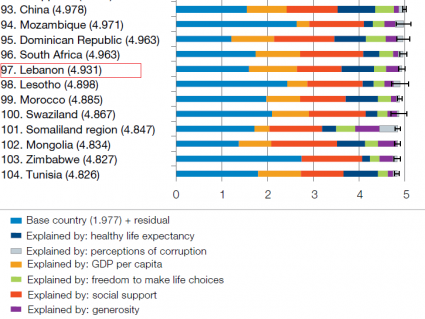 Most of the Arab countries have a higher happiness index than Lebanon except Iraq, Palestinian Territories and Syria. I can’t say I am surprised specially after everything we’ve been through in the past 3 years.

Check out the full report [Here].

The happiest people in the world apparently reside in northern Europe, according to a 156-nation survey published by the United Nations Sustainable Development Solutions Network. 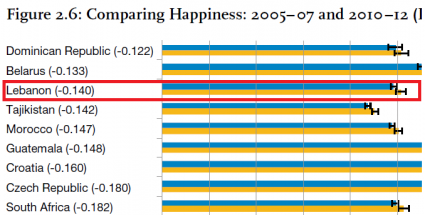 See Also:How the Lebanese’s dark humor will keep them “sleeping with the fishes”
Posted By Najib
Categories INFORMATION,LEBANON,MIDDLE EAST