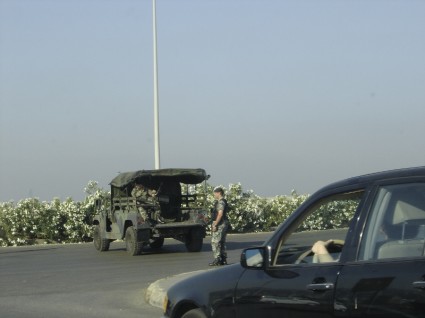 On my way to work this morning, i was surprised to see so many army men on the maritime road in Dbayyeh. Turns out they closed down the roads for some reason causing a huge traffic.

I check the news and it says they were performing some military drills in Marina this morning!!

Like seriously! Who had the brilliant idea of organizing drills on a Friday morning at one of the most frequented roads in Lebanon?

Moreover, the drills started at 9 pm or so. I was never in the Lebanese army (Thank God), but i do know army people around the world get up very early for training.

You want to show respect to some Lebanese institutions, specially the army but you just can’t help it sometimes, specially when they pull something like that.