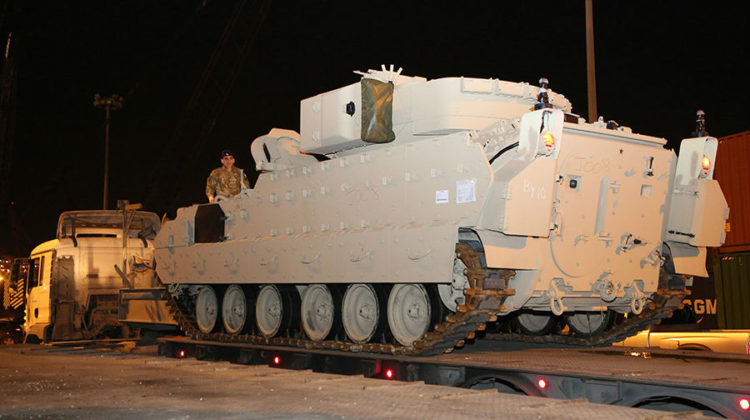 The Lebanese Army will be receiving a total of 32 M2A2 Bradleys from the US army, as part of a larger US Military assistance program announced in 2017 that includes light attack helicopters and unmanned aerial vehicles as well. The latest batch of 8 Bradleys was handed to the Lebanese Army few days ago, making Lebanon one of three countries that currently operates the M2A2 Bradley with the US of course and Saudi Arabia being the two others.

The M2A2 Bradley is a combat vehicle that was introduced in 1988 and has been used during the 1990 Gulf War and the Iraq Qar. The average cost of each unit is around $3 Million Dollars. The military assistance we’ve been getting from countries like the US & UK have been crucial in defeating terrorist groups in the past years and preventing ISIS from crossing Syrian borders into Lebanon.