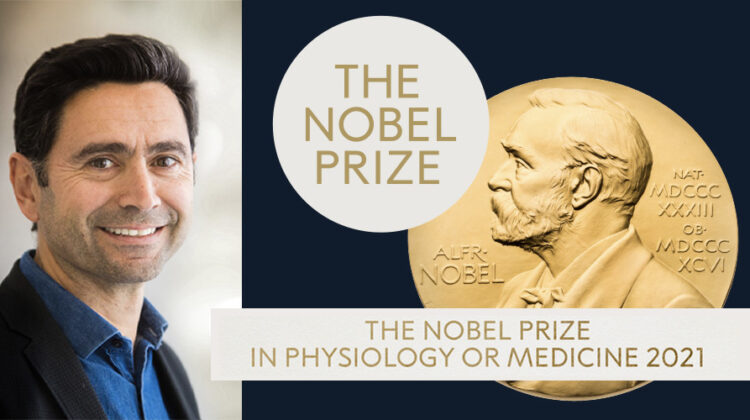 The Nobel Prize in Physiology or Medicine was awarded jointly yesterday to two US scientists, David Julius and Ardem Patapoutian. Dr. Julius is a professor of physiology at the University of California in San Francisco while Dr. Patapoutian is a molecular biologist at Scripps Research in La Jolla, California.

Both scientists were awarded for their work on sensing touch and temperature, and their findings on how our bodies convert physical sensations into electrical messages in the nervous system. Their findings could lead to new ways of treating pain. [More]

Scripps Research Professor Dr. Patapoutian was born in Beirut and is of Armenian origin. He is also a fellow AUBite as he attended the American University of Beirut before moving to the United States in 1986.

His discovery has “unlocked one of the mysteries of life, how do we sense temperature and pressure”, according to Peter Schultz, President and CEO of Scripps Research.