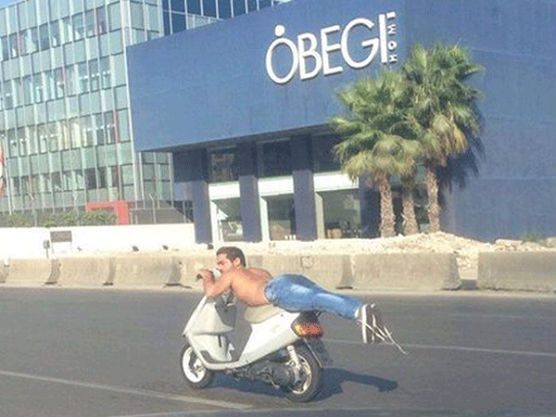 Moto GP teams are showing interest in a new aerodynamic position nicknamed the “fish position” that was discovered by a scooter driver in Lebanon while he was pulling stunts on the highways. The driver was interviewed by our website who said that he was surprised to find his picture on so many websites this morning. He also revealed that he didn’t mean to come up with a new move; instead he was feeling too hot so he thought he’d take down his short and lie on the scooter to get more air.

The “fish position” has blown away aerodynamics engineers who have already started designing new bikes for their teams. Moreover, team managers have submitted an official request to the FIM (Fédération Internationale de Motocyclisme) to allow drivers to race shirtless.