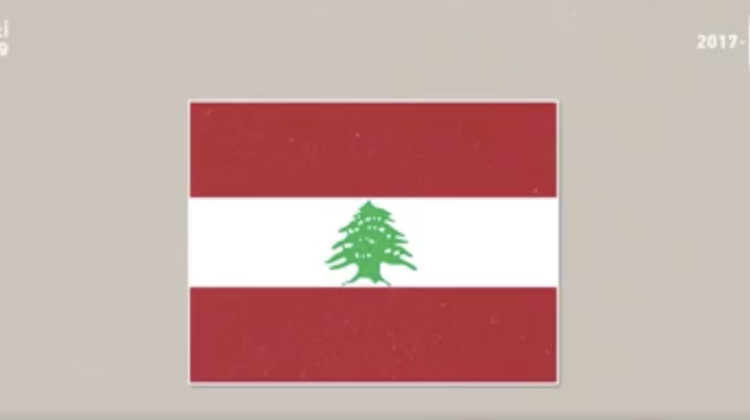 I found this nice 4-minute video on the story of the Lebanese flag and how it came to be. While the historical facts are accurate, the flag they showed is not the official Lebanese flag (for design reasons apparently). In fact and as per Article 5 of the constitution of Lebanon “”The Lebanese flag shall be composed of three horizontal stripes, a white stripe between two red ones. The width of the white stripe shall be equal to that of both red stripes. In the center of and occupying one-third of the white stripe is a green cedar tree with its top touching the upper red strip and its base touching the lower red stripe”.

The width of each red tripe is almost twice as big as the white stripe, which is inaccurate and makes the flag looks ugly.

Still it’s a nice story to watch if you’re not familiar with it already.