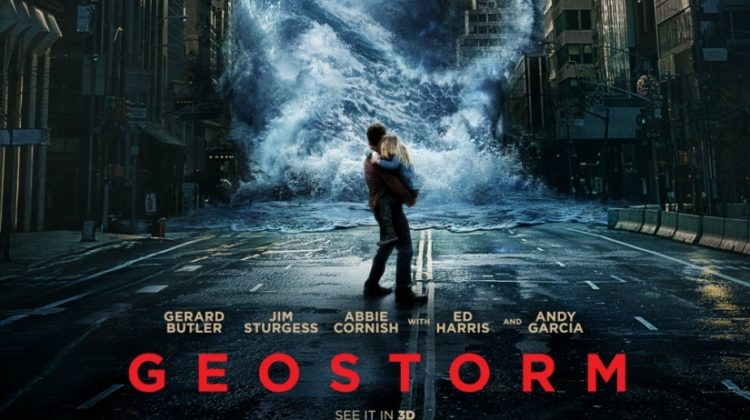 I was never a big fan of disaster movies they were always kind of predictable and Geostorm is no different in terms of plot. However the visual effects this time were very impressive so make sure you watch it on IMAX.

Geostorm is about a network of satellites (the net) that controls the weather around the world to protect its citizens, until something goes wrong on the ISS (International Space Station) that controls the net and it starts attacking the earth. This is when Jake (Gerard Butler) is called in to fix the situation up on the ISS while his brother Max (Jim Sturgess) and girlfriend Sarah (Abbie Cornish) assist him back on earth.

The plot is typical to disaster/alien invasion movie but the director Dean Devlin made some inpressive visual effects that made the movie a lot cooler than expected. It’s fast paced, action-packed and the visuals, especially the ones from space, are stunning. Despite being a disaster movie, there are some pretty funny jokes and entertaining scenes. The anti-authoritarian character played by gerard butler was a nice touch and he played it well, I always liked his acting despite his latest roles in boring romantic comedies that I honestly think ruined his career. Other actors were also just as good and there were a couple of great actors that played small parts such as Andy Garcia and Ed Harris.

All in all, the movie was quite fun to watch especially on IMAX, but don’t expect to scratch your head much on the story it was almost spoon fed to us.