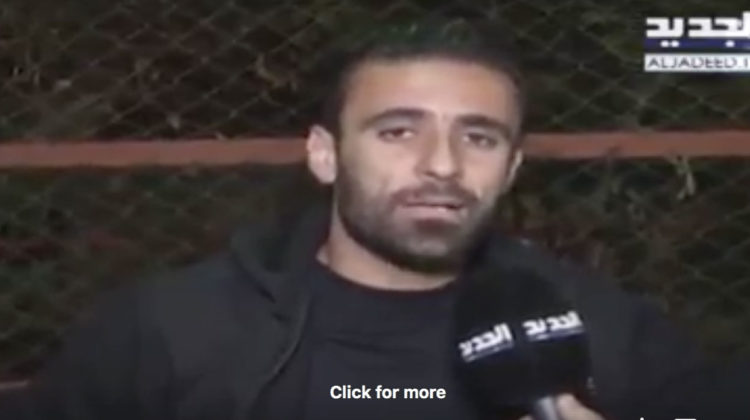 There’s nothing wrong in trashing Ronaldo just because you don’t like him or prefer Messi, but to claim that you’re as good as Ronaldo and that Ronaldo is not that talented is utter nonsense. When I first heard what Abbas Atwe, a Lebanese professional football player, said about Ronaldo I thought he was kidding but after everyone started attacking him, he gave another statement and re-asserted what he said.

According to Atwe, Cristiano Ronaldo and him are pretty much the same, and he’s not that talented, unlike Messi who’s a football prodigy. I think we can all agree Messi is pure talent and probably the world’s greatest football player, but Ronaldo is also quite the talent and the Messi-Ronaldo rivalry will remain for years as one of the greatest rivalries in football history.

This being said, and knowing that I’m neither a Real Madrid nor a Barcelona fan, I think Atwe needs to get off his high horse and check the stats and facts before throwing statements like that. Moreover, several football legends including Messi, Ronaldo, Neymar and many more came from humble backgrounds and had to struggle to get to where they are today, so this is not about money and training only.

On a last note, and this is addressed to the person who ran the below report. No, we won’t have tens of Messis and Ronaldos in Lebanon even if we had all the money and equipments in the world because that’s not how things work. We do have a lot of talented players but so do other countries and when your Sports Minister wants to ban MMA because the fight takes place in a cage, don’t get your hopes high in taking any sport in Lebanon to a higher level. Let’s start by cleaning football from all the corruption and scandals surrounding it for a start.