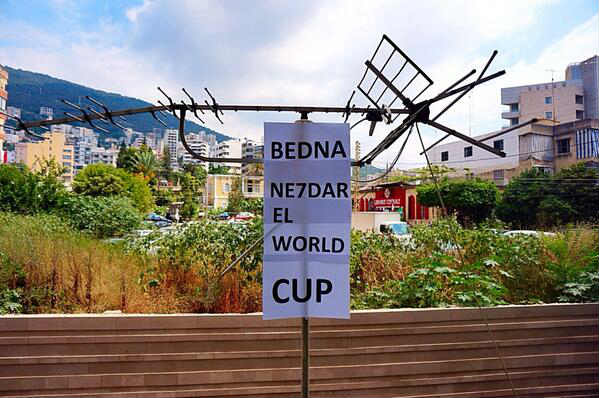 This image sums up the anger and frustration that a lot of Lebanese were feeling yesterday during the opening game of the 2014 World Cup in Brazil. Most of the Lebanese who don’t have a dish and pay their cable guy 10$ a month were unable to watch the game fully or at all. The reason is that everyone was waiting for Qatar to have mercy on us and let TeleLiban broadcast the world cup for free, but that didn’t work out. As a result, most cable providers were unable to do the proper setup in one day and couldn’t get any other channels. Some people, including myself, got TFI at first but then it disappeared and then came back in the last half hour.

I hope that this will be a lesson for our officials to make sure they procure the rights to show the World Cup 4 years from now without having to beg Qatar or any other country for that sake.