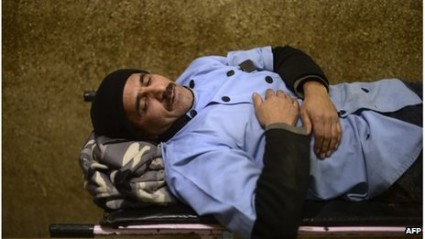 The restaurant’s chef, Abdul Majid, was among those injured via BBC

Apparently the restaurant was a popular attraction in Kabul’s Wazir Akbar Khan area and a lot of foreign nationals and diplomats used to visit it. Unfortunately, the restaurant’s owner Kamal Hamade, grabbed a gun and tried to defend his beloved restaurant and guests but was shot dead by the assailants. According to BBC Chief International Correspondent Lyse Doucet, Kamal “made the best chocolate cake in Kabul, the best Lebanese food and, he thought, the best evacuation plan“.

At least 16 people, including both Afghans and foreigners, were killed when a suicide bomber blew himself up near a popular Lebanese restaurant in the Afghan capital Kabul police have said. Ari Gaitanis, a spokesman for the United Nations, said late on Friday four UN civilian personnel, who were reportedly near explosion scene at the time of the attack, remained unaccounted for. Taliban fighters claimed responsibility for Friday’s attack in the Wazir Akbar Khan district, which hosts many embassies and restaurants that cater to expatriates. [Jazeera]