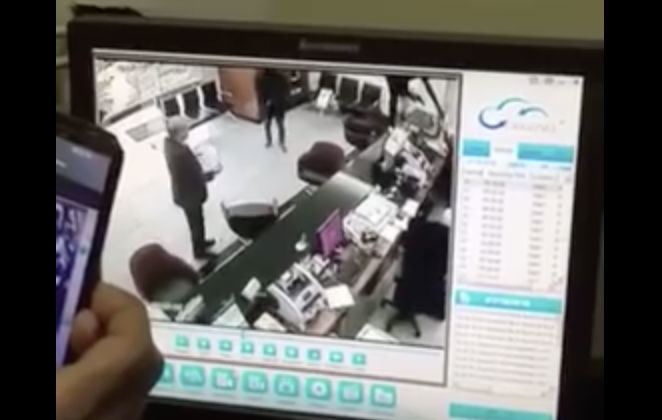 The last thing you’d expect during an armed bank robbery is for an employee to stand up to the thieves and try to talk them out of it. Masked armed men robbed the Lebanese Swiss Bank in Bir Hassan earlier today and gunshots were heard in one of the circulated videos online.

However in another video, you can see an employee (the branch manager?) facing the thieves and asking them to leave. He even followed them to the door when they were leaving which is pretty insane. Someone should give this guy a raise or a bonus right now!

The thieves were not yet arrested and there are no reports of injuries from the gunshots heard.