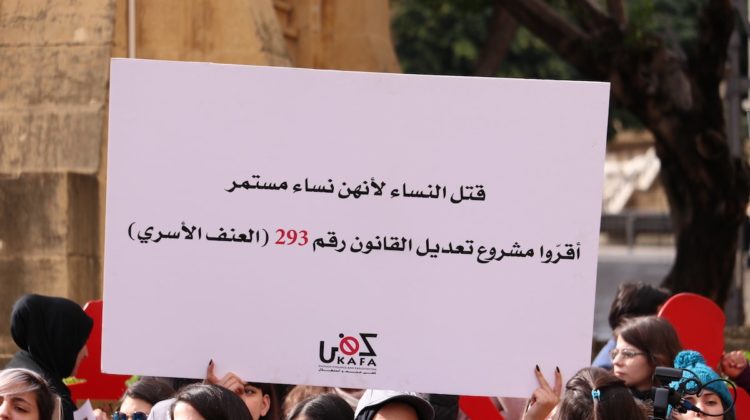 Megaphone shared an infographic showing the various obstacles that Lebanese women had to overcome over the years in their struggle for women’s rights, and the many struggles that remain.

The infographic showcases ten key stages from 1952 till 2017, to which I added some that I dug online:

1952: Women in Lebanon gained the right to vote only five years after men did. It is worth noting though that their right to vote came with a limitation, whereas they had to have an elementary education. The limitation was lifted in 1957.

1960: Lebanese women were given the option to keep their Lebanese nationality, in case of marriage to a foreigner.

1974: Lebanese women were given the right to freedom of movement after the annulment of the statute that required husbands’ permission prior to issuing passports to their wives.

1983: Punishments for the use of contraceptives were annulled.

1987: The age for being subjected to end of service indemnities, as per the Social Security Law, was changed to 64 years for men and women, both having the option to collect indemnities at age 60.1

1993: Articles 11, 12 and 13 of the Trade Law were repealed and women were given the full competence to venture into commercial businesses, enter a joint liability company, and become authorizers in commandites.

1995: Article 97, which used to forbid a third party from entering into a life insurance contract for a married woman without her husband’s permission was amended and

2000: Article 26 of Lebanon’s labour law was to state that male and female government employees are entitled to the same provisions, including benefits, services, and education grants for themselves and their family members. It also abolished the prohibition of women from partaking in night work shifts.

2011: The promulgation of Law No. 164 – Punishment for the Crime of Trafficking in Persons. This eliminated forced labour which often targets women in Lebanon and across the world.

2014: Maternity leave was extended from 7 weeks to 10 weeks. Enactment of Law 293 – Protection of Women and Family Members from Domestic Violence.

2017: Article 522 of Lebanon’s Penal Code was finally abolished. Article 522 allows the rapist to get away with his crime if he marries the victim. The authorities left a loophole though concerning sex with children ages 15-17 and seducing a virgin girl into having sex with the promise of marriage. 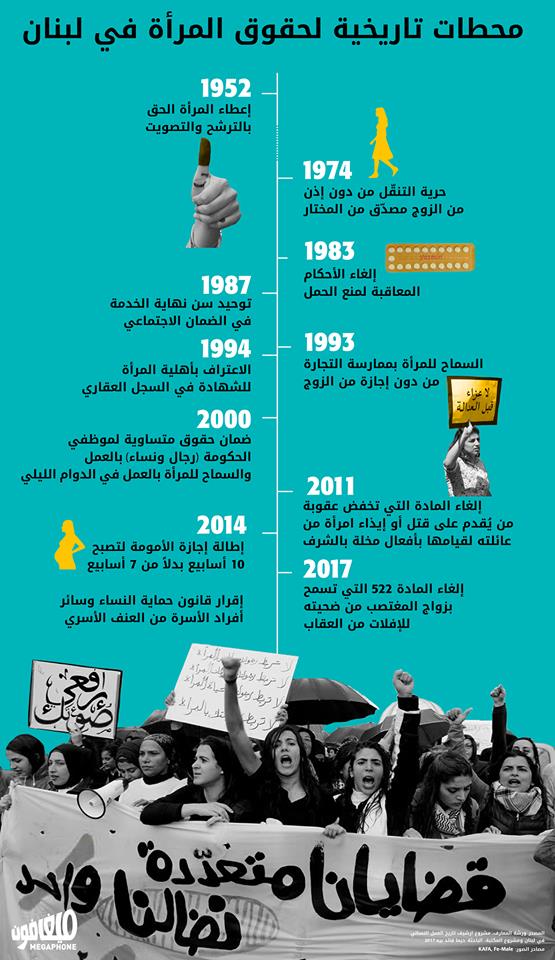