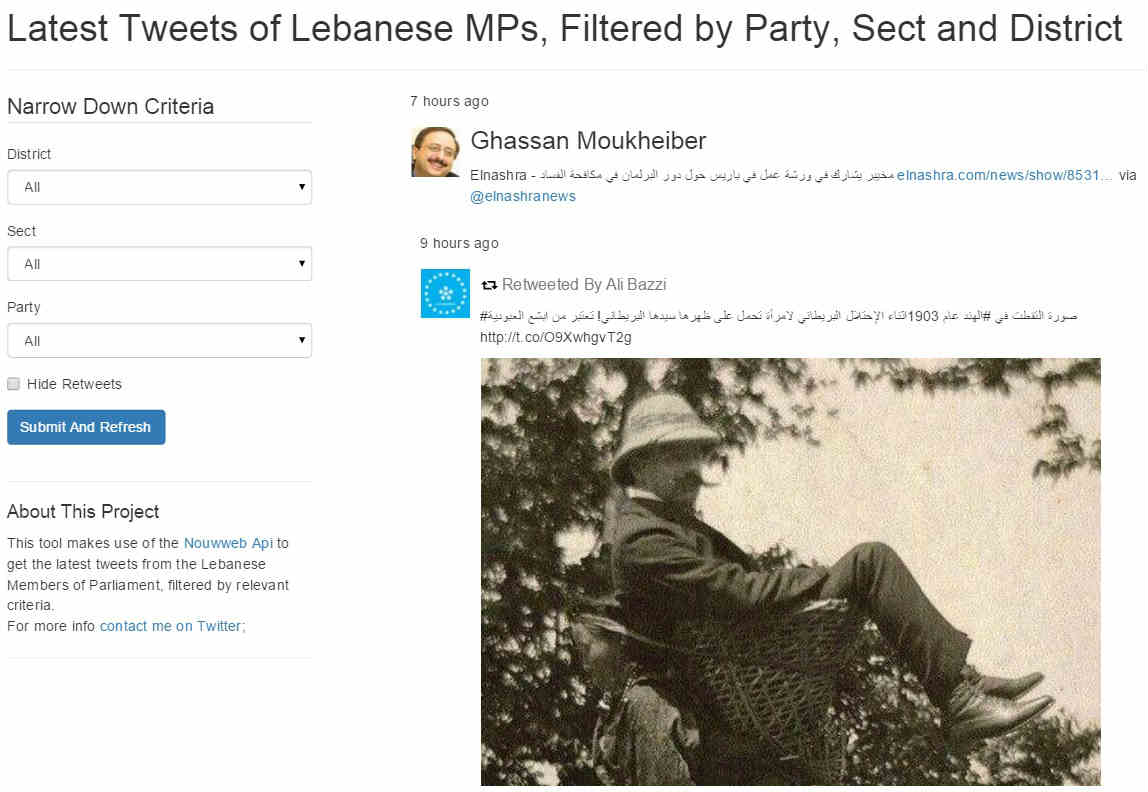 MP Ali Bazzi retweeting a picture of an Indian woman carrying an Englishman in 1903.

Lebanesetweets.net is a pretty cool website set up by my friend Mustapha for indexing and organizing Lebanese tweets done by Lebanon’s Members of parliaments. You can filter out “MP Tweets” by district, sect and party. It’s a nice idea but our MPs tweet mostly boring stuff, except for Joumblatt maybe.

I expect to see journalists, celebrities, bloggers, famous Lebanese tweeps and other online influencers added to that list soon so keep checking it as everything Mustapha puts his hands on becomes useful. He’s the guy behind LebaneseBlogs in case you haven’t heard about it.

PS: This tool makes use of the Nouwweb Api that was created previously to get the latest tweets from the Lebanese Members of Parliament, filtered by relevant criteria.