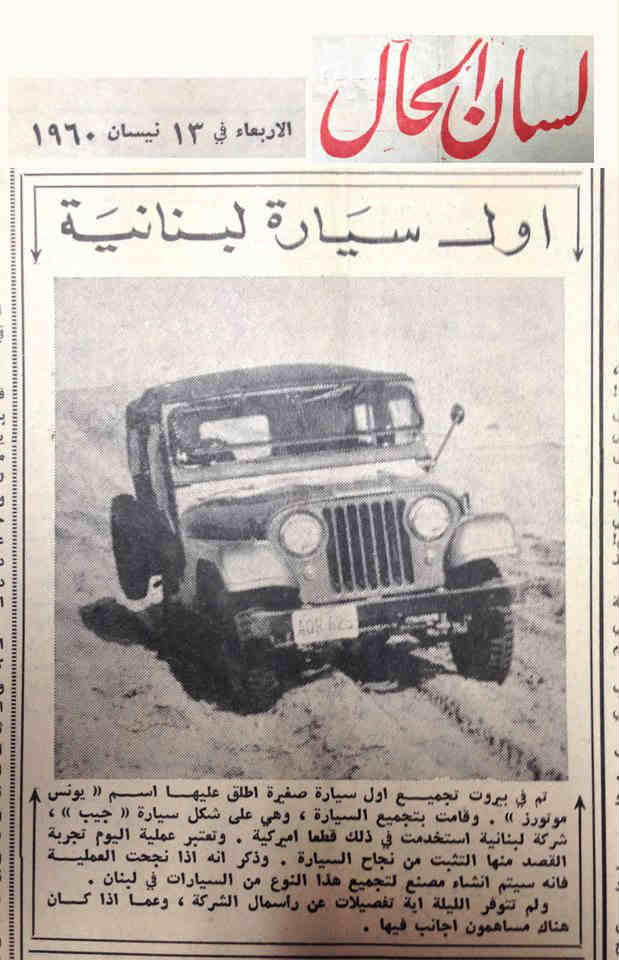 I don’t know how accurate this poster is but Lissan Al Hal (in Arabic لسان الحال) was a daily Lebanese newspaper that was established by Khalil Sarkis in the 1870s and is considered as one of the oldest Lebanese publications. This 1960 article is entitled “The First Lebanese Car” and talks about a small vehicle (very similar to a Jeep) that was built using American parts by Younes Motors in Lebanon. It would be interesting to know if this same Younes Motors is linked to the current Rasamny-Younes group and whether they produced or sold any of these cars. I went through Lissan Al Hal’s horrible website but didn’t find anything except recent boring news. According to what I found online, the publication was acquired by the Lebanese National Congress that resumed its publication as a weekly newspaper.

As far as Lebanese cars are concerned, the W Motors Lykan Hypersport is considered as the first Lebanese car ever produced and is currently priced at 3,400,000 US dollars.

After his election and starting 1942, editing of Lisan al Hal was continued by his son Khalil Ramez Sarkis who was also a literary figure and had a series of literary works published. After Khalil Ramez Sarkis, editing and publishing was taken over by Gebran Hayek.[6][7] Bishop George Khodr wrote for the daily in his column called Hadith al Ahad (The Sunday Talk) from 11 March 1962 to 25 January 1970.[8] The newspaper stopped publication during the Lebanese Civil War in the 1970s. [Wiki]

Update: A friend just told me about another Lebanese car made by a guy from Tripoli. The car is called “Spider” and it took 3 years to build and cost $300,000. Mustapha used the body of an Infiniti G35 body and engine and boosted the engine to become a 700HP one. Even though what he did was pretty cool, I didn’t like the car much. Here are some pictures: 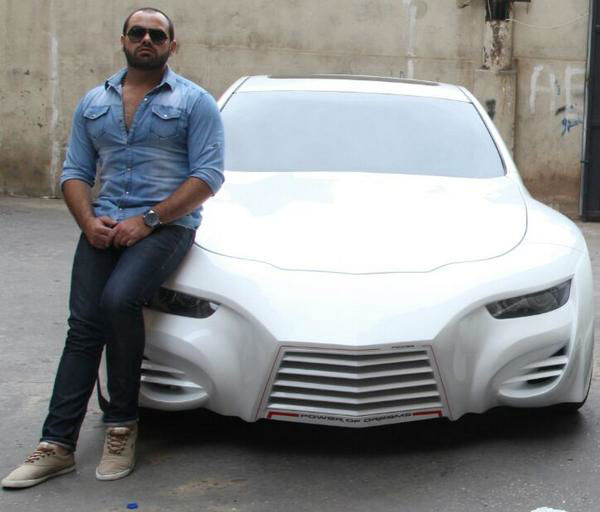 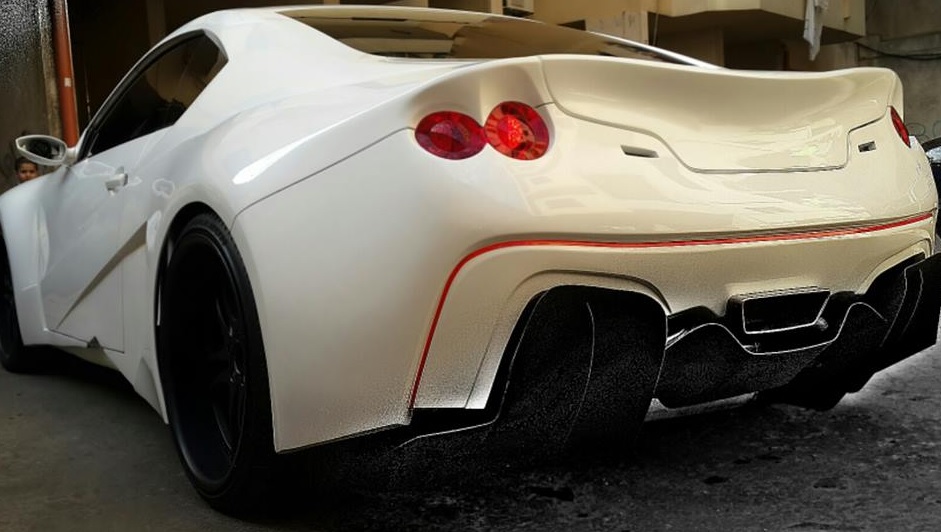 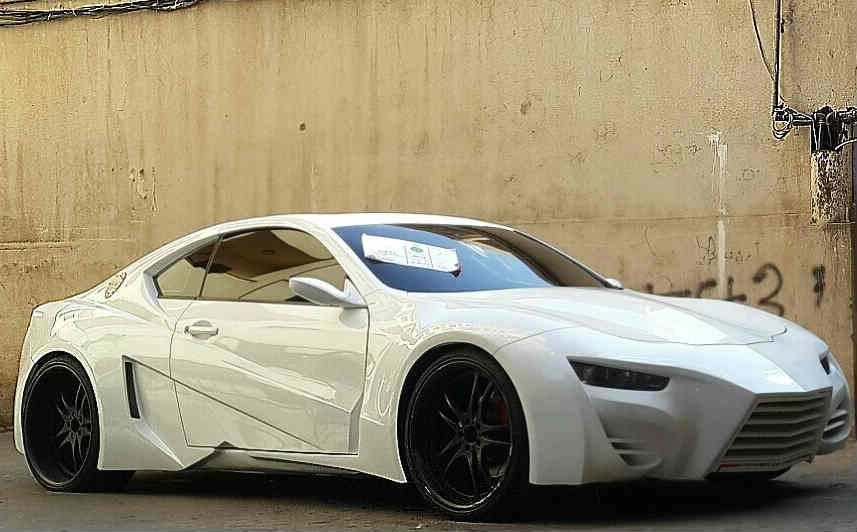