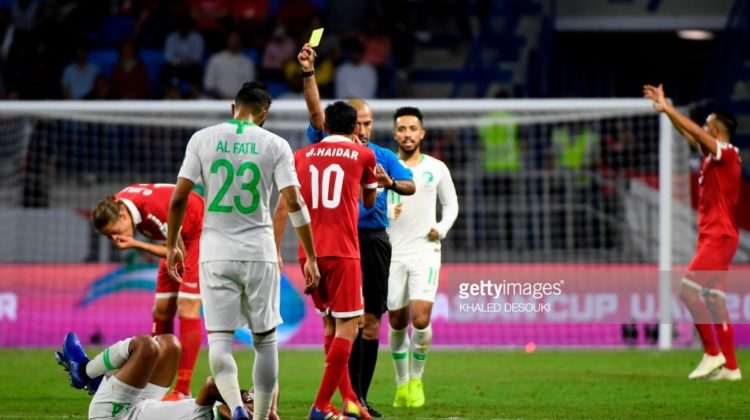 Going into the AFC Asian Cup with so much hope and belief after scoring 15 consecutive wins in 4 years with the new Montenegrin coach Miodrag Radulović until a defeat against Jordan last September, and 19 years after qualifying for the first time for the tournament (as hosts), the Lebanese national football team failed to live up to the expectations when they faced Qatar on the 9th of January and Saudi Arabia on the 12th of it.

The first match started with so much promise, with a legal goal for the team scored by Ali Hamam on 37′, only to be denied by the referee declaring a concomitant foul on Qatari’s Tarek Salman.

After that, it was chaotic, fueled with conspiracies, as Lebanon slipped to a 2-0 loss against the 2022 World Cup hosts, then backed it up with another dismal showing against Saudi Arabia, losing 2-0 on Saturday night.

With the first 6 matches played in Group E, we now stand in 3rd place behind Saudi Arabia and Qatar respectively, and ahead of North Korea.

With 1 more match to go for the team against North Korea on January 17, and only 2 places per group set to advance for the knockout stages of the tournament, our chances grow ever slim, as we need to be in the “Top 4” of the best third-ranked teams of all groups combined.

We currently stand in the 6th and final place.