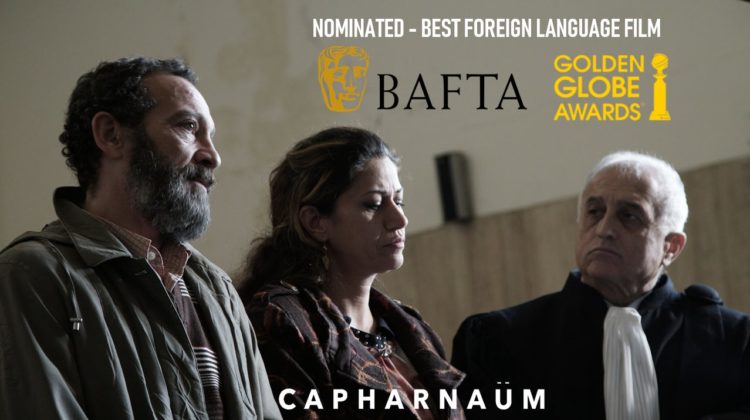 After being nominated for the Golden Globe Awards and falling short against “Roma” in the “Best Foreign Language Film” category last week, many challenges lie ahead for unarguably one of Lebanon’s most successful movies ever made.

2. The 72nd BAFTA (British Academy of Film and Television Arts Awards) on February 10, 2019 – Best Foreign Language Film (Film not in the English language):

Most recently, “Capernaum” received appraisal from prominent TV figure and host Oprah Winfrey, who tweeted the following about the movie:

Capernaum or Capharnaüm will premiere in South Korea on January 24 and in the UK on February 22:

We're excited to announce that #Capharnaum is coming to South Korean cinemas! January 24 via Green Narae Media – see you in cinemas! @NadineLabaki pic.twitter.com/vvWIM6qvHy

It takes courage to hope. #Capharnaum coming to UK cinemas next month via @picturehouses! @NadineLabaki pic.twitter.com/DZOnQvwf9E