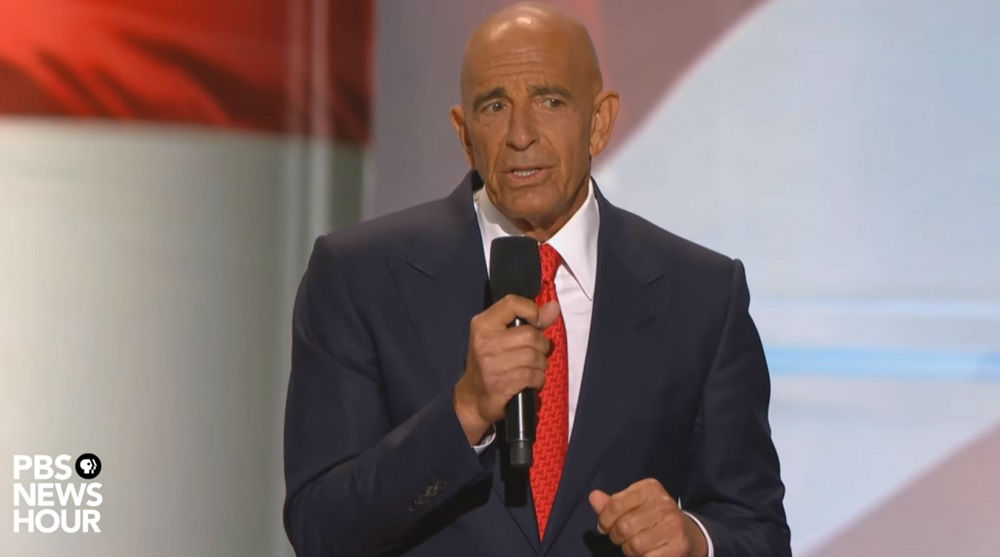 Tom Barrack, the founder of Colony Capital and one of America’s richest businessmen, is a major fundraiser for Donald Trump’s campaign for presidency and he spoke at the 2016 Republican National Convention.

During his speech, he spent a couple of minutes talking about his Lebanese origins and the ties to Lebanon and the Levant Culture. I’m familiar with Barrack and his business but I had no clue his grandparents were Lebanese.

PS: Those are the only two minutes worth listening to in Barrack’s speech as he spent the remaining 11 minutes praising Donald Trump.

If you want a quick recap of the GOP convention, watch John Oliver’s brilliant take on it: