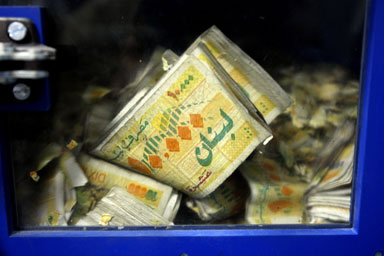 That’s good news to start the day with. Our debt has increased by a tiny margin, smaller than last year’s reaching “only” 4.405 trillion LBP and leaving the debt amounting to around 55$billion dollars.

The Total government expenditures in 2010 reached LL17.89 trillion compared to LL17.167 trillion in 2009. I wonder where those additional expenditures are going cause I don’t see any changes anywhere.

So what does 1 trillion Lebanese pounds look like? That’s how 1 trillion dollar bills look like. Imagine them x4 and you have an idea of how much money we owe.