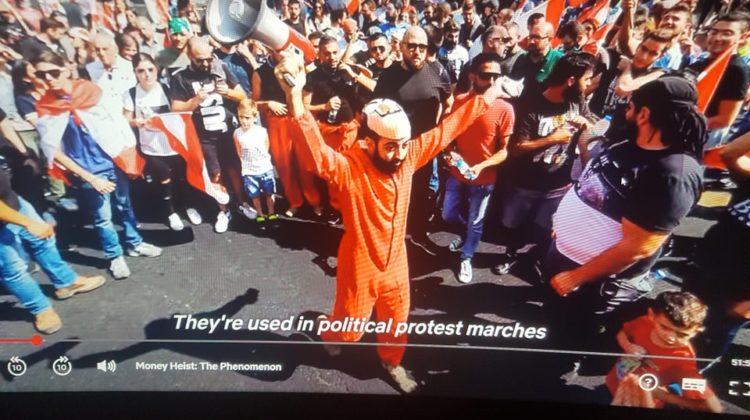 Netflix recently released an hour-long documentary Money Heist: The Phenomenon, showing why and how “Money Heist” sparked a wave of enthusiasm around the world. Around Minute 6, they’re talking on how jumpsuits and masks from the show were used in parades around the world, and how they were even used in political protest marches in Lebanon, Iraq, France and Chile.

You can see here footage from the Lebanese October 17 Revolution, which was initially triggered by planned taxes on gasoline, tobacco and Whatsapp calls, but quickly expanded into a nation-wide condemnation of sectarian rule, worsening economy, unemployment, endemic corruption and other imminent matters.

Check out the part where Lebanon gets featured. You can watch the full documentary on Netflix.