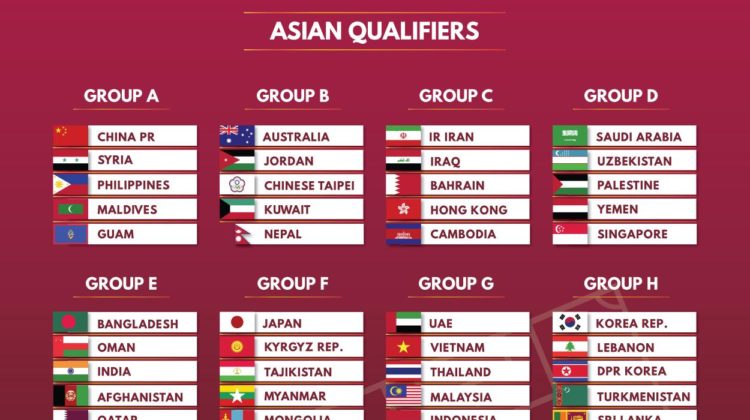 Just like in Basketball, Lebanon’s FIFA team has a mountain to climb if they are to reach the 2022 World Cup in Qatar.But first, they have to go through the 2022 World Cup qualification second round, whose draw was announced on July 17, and back it up later on in the third round.

The 8 group winners and the 4 best runners-up across all 8 groups will advance to the third round of the 2022 FIFA World Cup qualifications and to the 2023 AFC Asian Cup.

Since the host Qatar is already qualified, if ever they feature in one of the qualifying slots (winners or runners-up), a fifth-best runner-up will advance to the final qualifying stage.

The 2022 FIFA World Cup qualifications for Asia end in March 2022, following which 4 or 5 teams from the region will make it among 31 countries in total to the World Cup in Qatar, the already-qualified host.