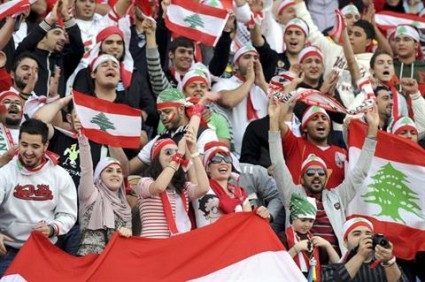 Lebanon will face South Korea today in a FIFA World Cup qualifier that could boost Lebanon’s chances of reaching the final qualifying round for the world cup.

Lebanon had beaten Kuwait earlier last week and is currently second in the group, 3 points behind Korea.

Last time the two teams met back in September, South Korea won 6-0. However, our team has improved since then and will hopefully deliver a better result this time.

In other news, few schools in Beirut suspended their classes after 1 pm today in order to allow their students to attend the game and support the national team. [Link]

Update: Lebanon is winning 2-1 over Korea. End of 1st Half.