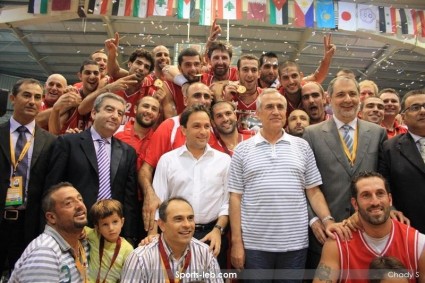 The Lebanese National Basketball team won the FIBA Asia StankoviÄ‡ Cup 2010, which is a qualifying event for the FIBA Asia Championship that will be held in Beirut in 2011.

Lebanon defeated Japan easily in the finals, in a game that was attended by the president of the republic Michel Sleiman, Interior minister Ziad Baroud and MP Sheikh Nadim Gemayel.

I attended the semi-finals against the Phillipines but stayed home to watch the final as it is too damn hot in the stadium and very chaotic.

PS: Lebanon is ranked 24th worldwide according to the FIBA.