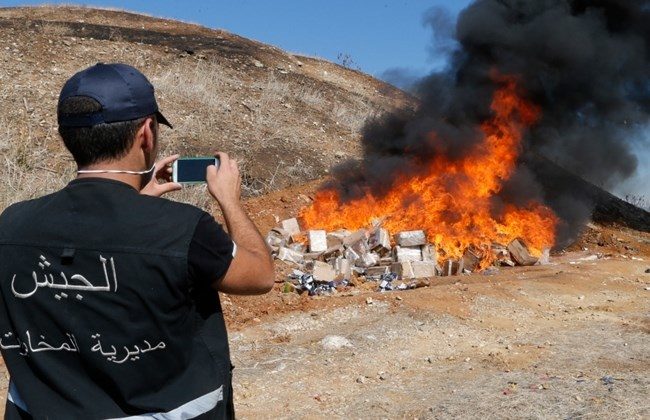 Lebanon’s most dangerous drug dealer, with over 2,900 warrants out for his arrest, was killed along with seven others by the Lebanese army in the town of Hammoudieh in the outskirts of Baalbeck. More than 16 Lebanese and 25 Syrians were arrested during the raid and Zaid’s bodyguard (Jamal the Syrian) was also killed in the process.

Ali Zaid Ismail was wanted for drug trafficking and dealing, arms trafficking, car theft, attempted murder among other charges. I am not sure if this is linked to the most recent announcement on Lebanon’s intentions to legalize the use of medicinal weed but it’s about time we get rid of these drug pins. Not sure though if such a move will improve security in the area.

Weirdly enough, some people are protesting the army’s raid.