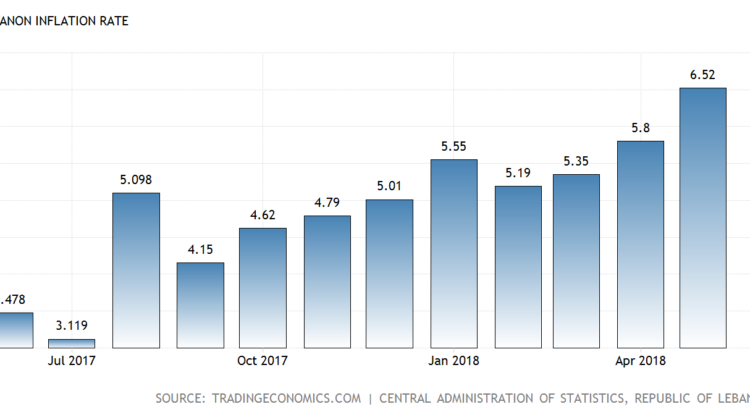 A deteriorating economy, alarming unemployment rates, a crumbling infrastructure, an ever increasing corruption rate and on top of all that increasing consumer prices. In this recent BLOM report, all components of the Consumer price index (CPI) increased due to a jump in average oil prices but the VAT hike continues to “further inflate the prices of goods and services, thereby diminishing consumers’ purchasing power”.

In details, the average costs of “Housing and utilities” (including: water, electricity, gas and other fuels), which composed 28.4% of the CPI, climbed by 5.38% year-on-year (y-o-y) in the first two months of 2018. The breakdown of this component showed that “Owner-occupied” rental costs composing 13.6% of “Housing and utilities” increased by 4.24% y-o-y, and the average prices of “Water, electricity, gas, and other fuels”, making up 11.8% of the same category, rose by an annual 6.57% over the same period.