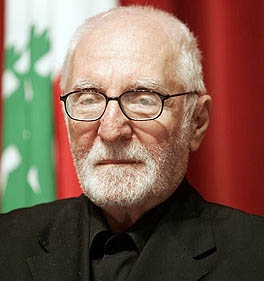 Grégoire Haddad was a bishop and at some point Patriarch of the Melkite Greek Catholic Archeparchy of Beirut and Jbeil, yet he believed in secularism, was among the first to strike his religious affiliations from his civil records and supported civil marriage. He believed that the idea of a civil marriage is harder to apprehend among the Christians because Christian figures “feared loss of power and money” and asked Lebanese to fight for this idea.

Known as the “Red Bishop”, Haddad received several warnings and threats for his daring take on several issues related to religion, politics and society in Lebanon and was once attacked by religious extremists. He fought for over 40 years against sectarianism and helped found the Civil Society, a secular socio-political movement. 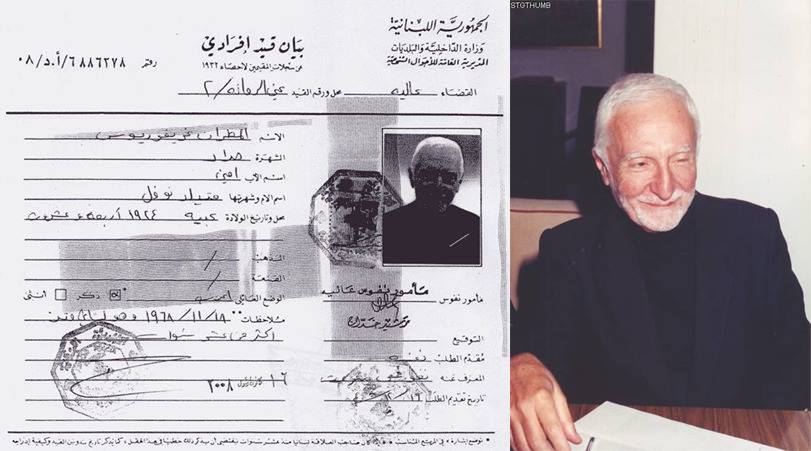 Haddad removed his religious affiliations from his civil records

Here’s one of my favorite quotes from one of Haddad’s old interviews:

“If one is a true Christian, he should be able to accept people as they are, and if people wish to exist in a certain manner, then no one should deter them from doing so, and it is the state’s duty to provide them with the right laws to support their way of living. In the end, if one wishes to cross out their religion, it does not mean that they have lost faith, and a man should be valued because he is man and not because of the belief he practices.”

Our biggest problem in Lebanon is still sectarianism and the fact that we put loyalty and religion before competence. Gregoire Haddad was a symbol of moderation and openness and we need more religious and non-religious people like him.