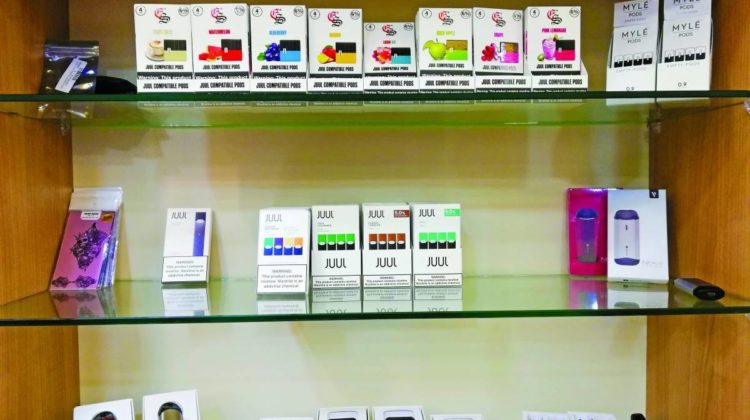 They’ve been around for 4 years in Lebanon, commercialized under the names “Juul” ou “Vaporesso”, soaring recently in the 3rd country with the biggest smoking population worldwide. Philip Morris International (PMI)’s “Iqos”, British American Tobacco (BAT)’s “Glo” and Japan Tobacco International (JTI)’s “Ploom” have been marketed as less dangerous than normal cigarettes, containing lower amounts of nicotine and its derivates.

They are however to date not legalized in the country, and merchants tend to get them from abroad, the black market or the Beirut International Airport – Duty Free at exorbitant prices. Many attempts to legalize them have been made and countered throughout the years, in 2013 by the Minister of Health Ali Hassan Khalil back then, and in 2015 by the Minister of Finance, ironically, Ali Hassan Khalil as well.

Regardless of both ministries’ opinions nowadays, their fate resides only in the hands of the Directorate of General Customs (المجلس الأعلى للجمارك), who will decide whether to legalize them or not in the upcoming weeks after discussing the taxes to be imposed on them.