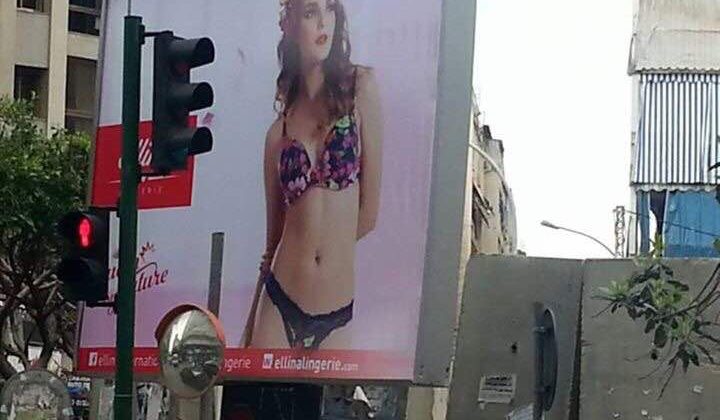 MTV reported yesterday that Beirut Governor Ziad Chbib has ordered to remove a billboard showing a woman in her underwear in Mar Elias Beirut after receiving complaints from a group of people who found that poster indecent. I did not find anything related to that story on the governor’s page but I’m hoping he clarifies the matter because if this is true, it’s wrong on so many levels.

Who are these people to decide what’s decent or not? And since when do we remove billboards based on some people’s request? If this billboard was approved by the municipality and authorities, then it should stay there. No matter how silly or offensive or indecent this ad is, this is a dangerous precedence in Beirut.

On another note, what’s so “indecent” about it? Don’t these people watch TV? go to the beach? browse the internet? Is this really happening in Beirut? What a joke.