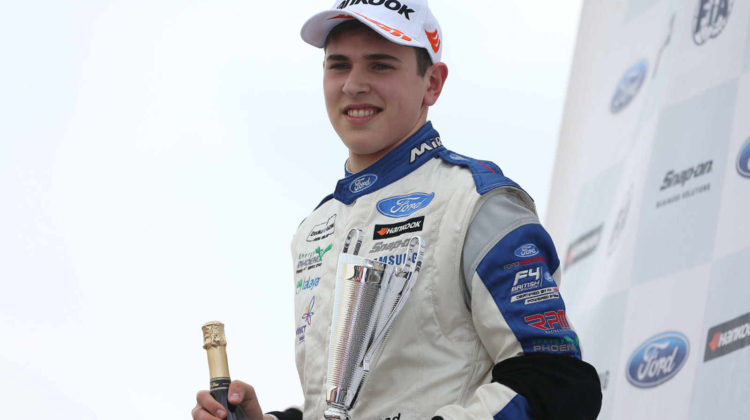 A month ago, Karl Massaad became the first Lebanese & Arab driver to compete in the British Formula4 Championship for 2017. Yesterday, Massaad made history by clinching his first podium at Thruxton Circuit in the F4 British Championship certified by FIA.

After a difficult and disappointing qualifying round where the young Lebanese driver finished in 8th spot, Massaad was off to a great start on race day and advanced to fourth spot within four laps before clinching the final podium spot on Lap 6. Massaad’s quick pace earned him a well deserved third spot noting that he was only 4.7 seconds away from first spot.

Who is Karl Massaad? 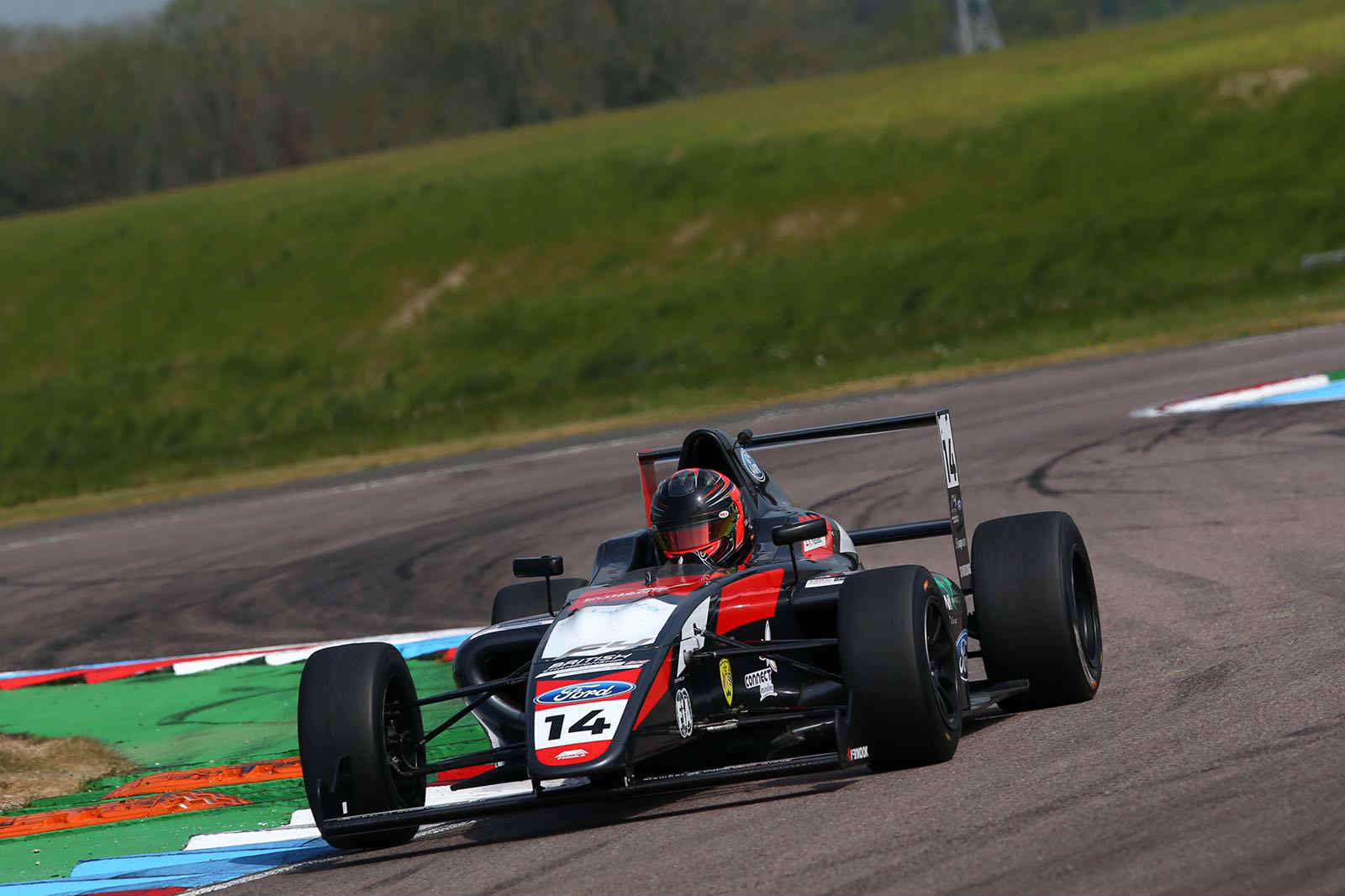 Karl Massaad started karting in 2011 and it didn’t take long for the 12 year old to prove himself and start fighting for the title. In 2014, Massaad finished second in the Lebanese Karting Championship and later on took part in the 4th edition of the IAME International Final, the pinnacle of X30 kart racing, where he finished an impressive 5th out of 361 drivers. 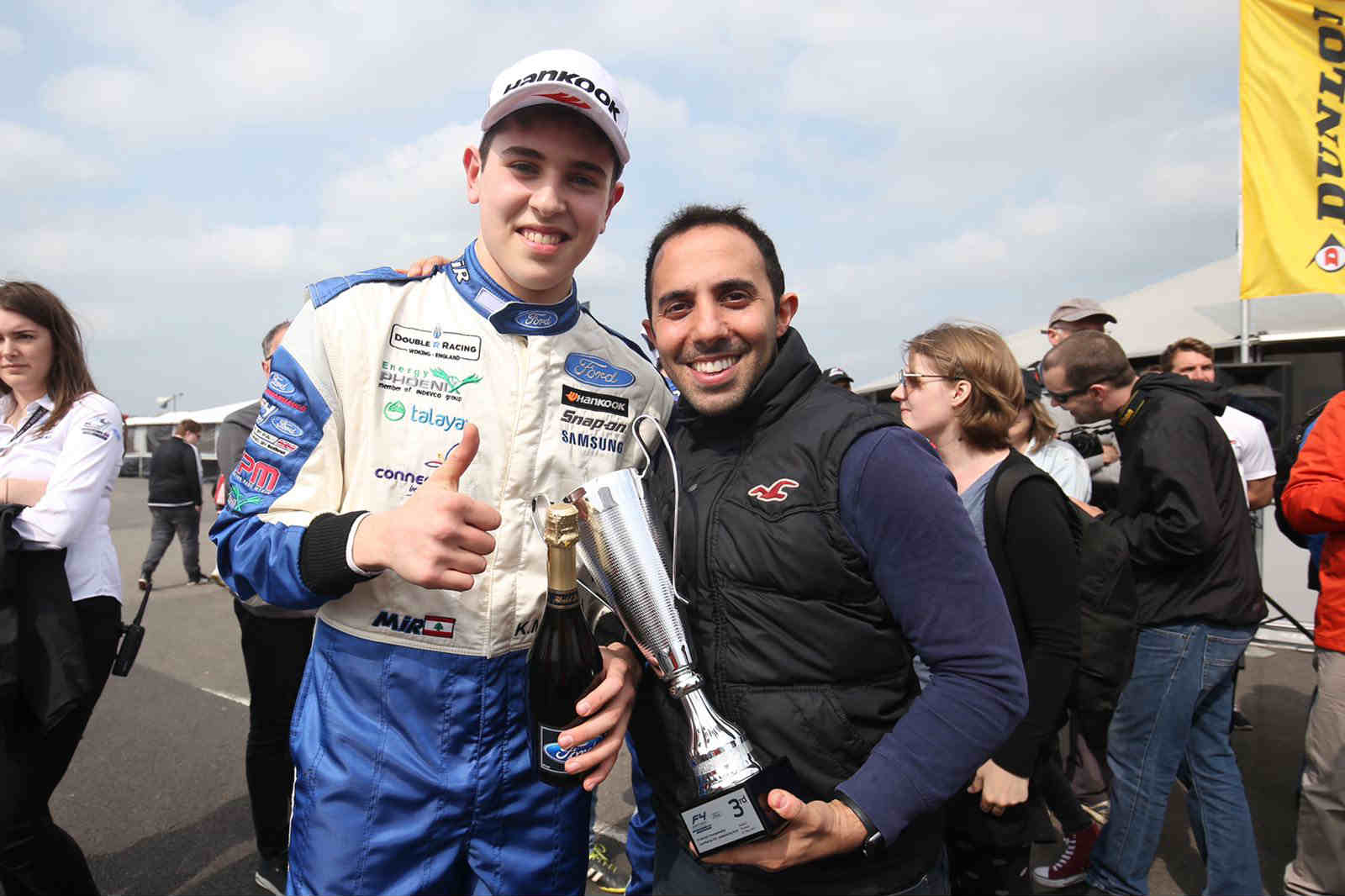 Karl was awarded last year the FIA Young Driver International Seminar award, part of FIA’s Young Driver Safety Program to “promote driver safety amongst young motor sport competitors and facilitate the development of young drivers from around the world”. I was present at the seminar which was held at ATCL and the guidance and training that these young Lebanese drivers were getting was of utmost importance and are crucial to achieve the highest standards in young driver training and safety, and getting local talents to compete worldwide and achieve results.

What is the FIA Formula4 Championship? 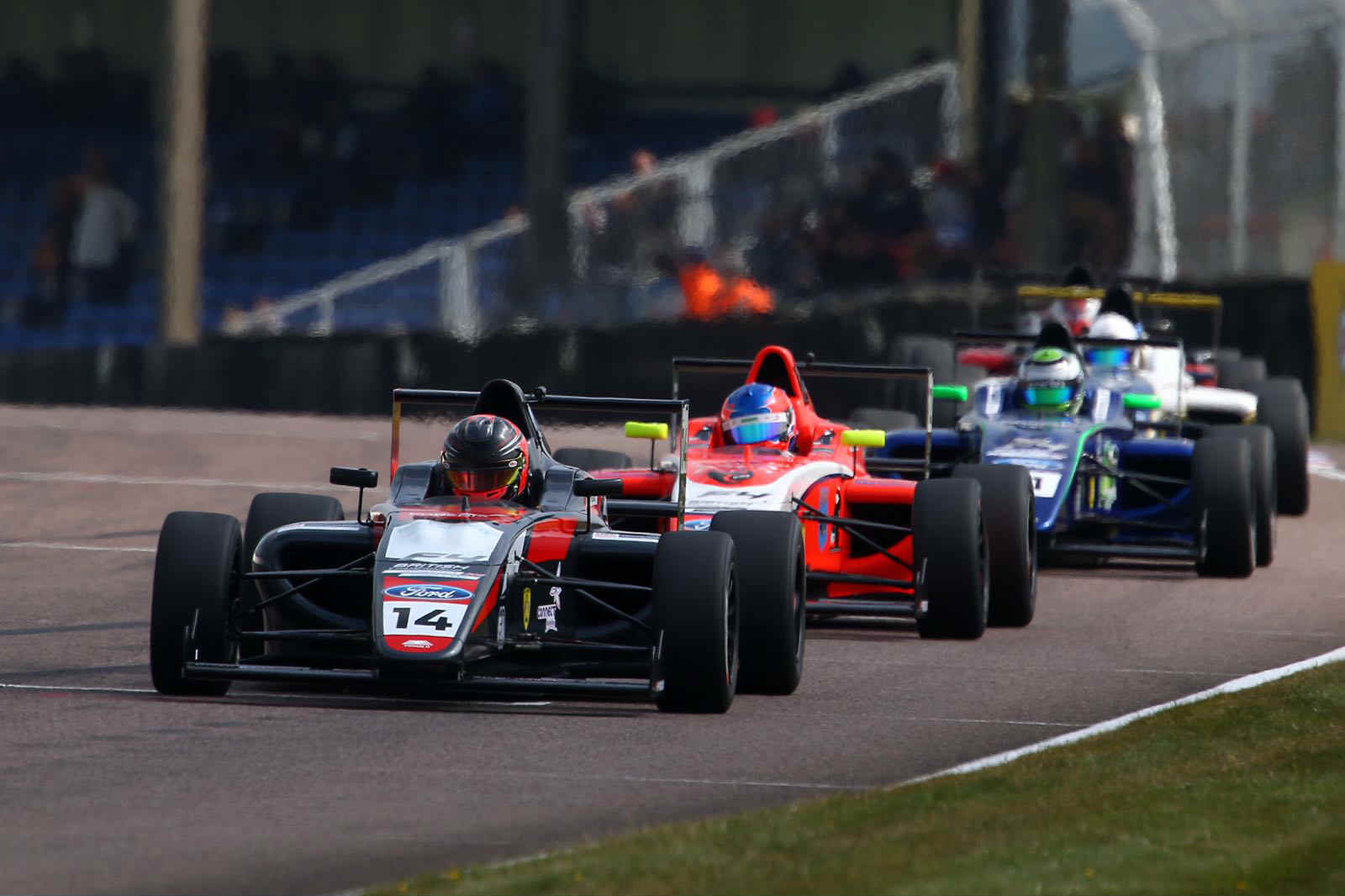 Lebanese karting champion Karl Massaad was officially confirmed as the second driver for Double R Racing’s F4 British Championship in February 2017 and barely had a couple of months until the start of the new season. The Formula 4, which is certified by FIA, was launched in 2014 “to offer young racing drivers around the world the opportunity to take the first step from karting into the world of single-seater racing”.

The F4 British Championship, in which Karl is taking part, is the UK’s premier single-seater series, the only championship open to 15-year-old drivers and the first step on the FIA single-seater pyramid to F1.

Why is this podium a big deal? 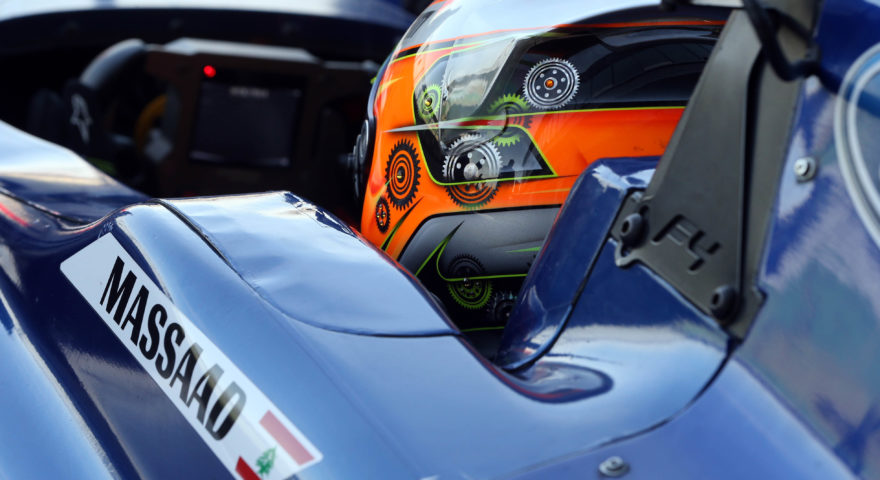 I got in touch with Khalil Beschir, F1 Pundit & commentator and Massaad’s manager [Middle East Motorsports Management] before publishing this article and he briefed me on the preparations, qualifying sessions and race details. For those who don’t know Khalil, he’s also the first Arab driver ever to compete in a single-seater world championship and has been creating and developing since 2009 motorsport programs to ensure young Arab drivers advance in their career and are represented in the best way.

Khalil briefed me that Karl Massaad only had 20 days of preparation and six days of testing before his first race. During Round 1, he had engine problems and his troubles continued in Round 2 where a car in front of him spun and took him off from race 1 and race 3. He finished 8th in Race 2. Round 3 took place in Thruxton and despite having a disappointing qualifying run, he led an impressive race and clinched 3rd spot by the 6th lap and held onto it. Karl’s best lap was among the top 5 fastest laps in the race as well.

Given how little he had to prepare, getting a podium finish is HUGE and an amazing way to kick off his first F4 season. He obviously still has a lot to learn but he definitely has the pace and with proper guidance he can definitely pull out great results in the coming races.

Congrats to Karl and I hope he progresses quickly to F3!