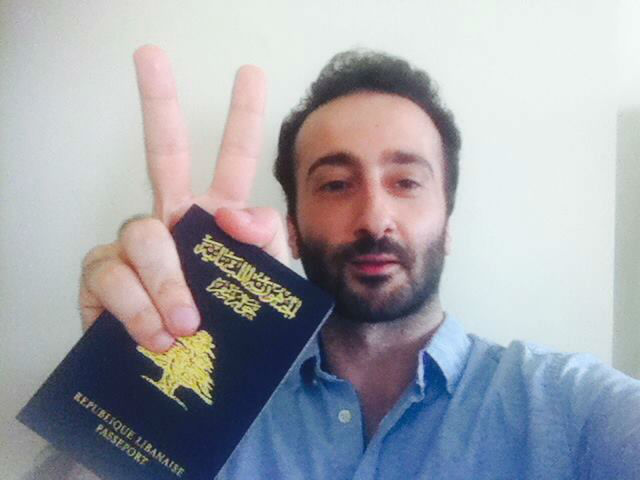 Lebanese Writer and Director Lucien Bourjeily had applied to renew his passport and was expecting to receive it few days ago in order to travel to London and represent Lebanon at the “The LIFT festival”. However, the General Security refused to return the passport and said that “they will revert back to Lucien in the coming month or month and a half”. Given that Lucien is not a criminal and has a clean record, what happened is wrong and needs to be investigated. Fortunately, the General Security ended up giving him the passport today knowing that his story made all the headlines and went viral on all social media channels.

VICTORY!! The general security has just released my Passport!!!
Although, they made me miss my UK Visa appointment by confiscating it but there’s still hope (with the help of the British Council and The LIFT Festival ) that I can make it to London International Theater festival on the 22nd of June and perform the play “Vanishing State”, and that they refused to even give me back the 105,000 L.B.P. they made me originally pay for what was supposed to be the “fast service” option

I am sure the British Council will help Lucien get his visa and make it on time for the festival.