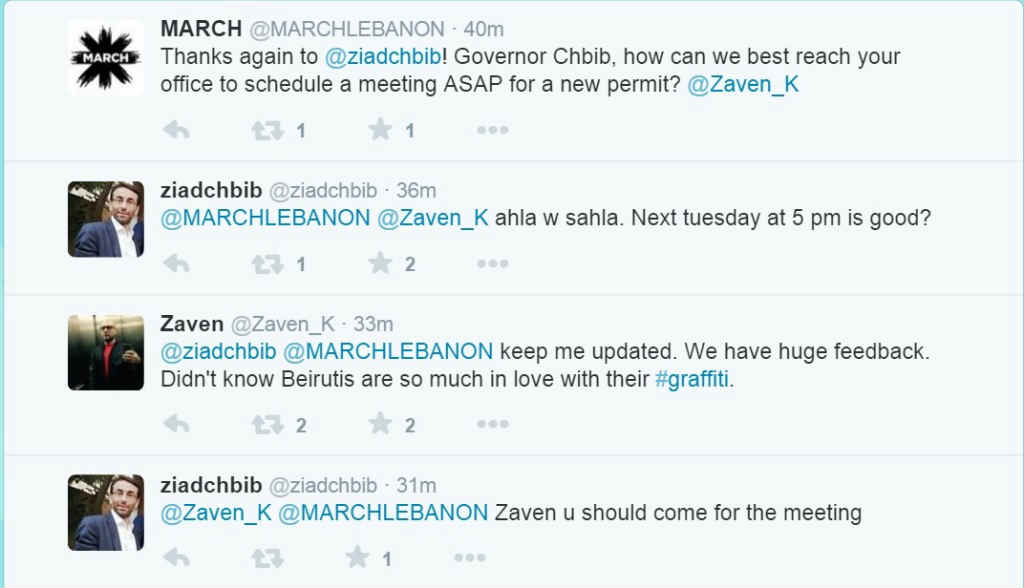 A week ago, Beirut’s municipality removed the beautiful Tabaris mural that was set up by MARCH and ASHEKMAN as part of the campaign to remove “all political slogans” from Beirut. Knowing that ASHEKMAN and March NGO were authorized to draw this graffiti in the first place, they raised the matter to Beirut’s governor Ziad Chebib who admitted that they shouldn’t have erased the graffiti and invited them to meet and get a new permit.

This is great news and I think the governor should keep all beautiful graffiti not just this one, specially ASHEKMAN‘s and Yazan‘s works.

Many thanks to Zaven for raising this important issue on his TV show.