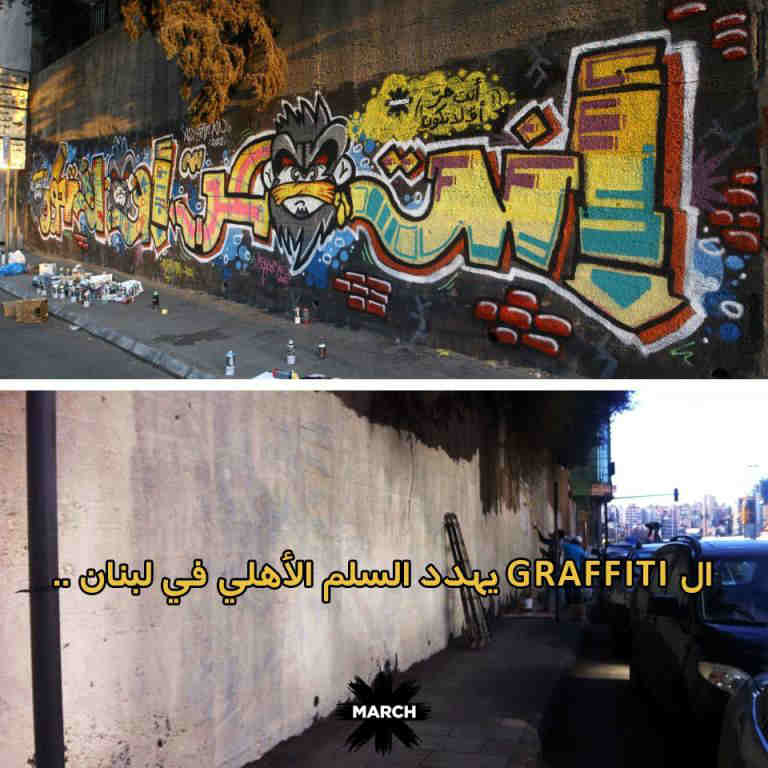 The beautiful Tabaris mural that was painted by the awesome ASHEKMAN brothers was removed today by the Beirut municipality, as part of the campaign to remove “all political slogans” from Beirut. I don’t understand how this graffiti has anything to do with the stupid redundant political slogans that were being removed today, noting that ASHEKMAN and March NGO had received an authorization from Beirut’s governor and the building owner to draw this graffiti. Moreover, Beirut’s municipality should be supporting and sponsoring such positive messages and art works instead of painting over them!

I think we should regroup the soonest in the same place and help ASHEKMAN draw a bigger graffiti.

Check out the full story via [MARCH].