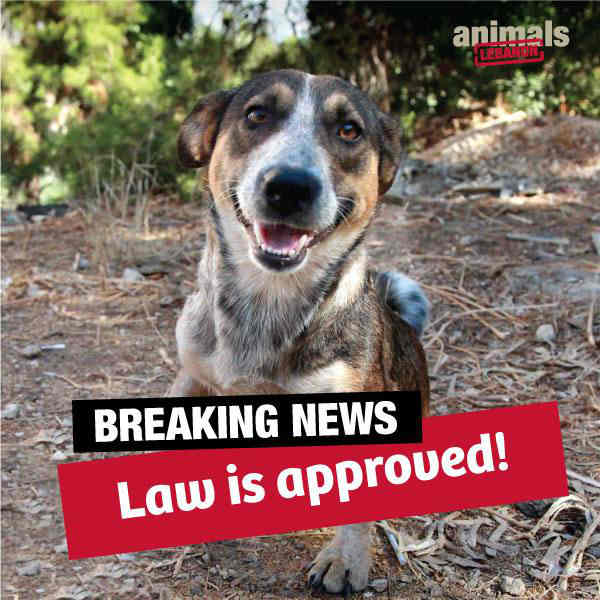 The Animal protection and welfare law has been finally approved by the council of ministers and will soon be presented to the parliament! Animals Lebanon have been working for 3 years now to implement this law and have collected over 25,000 signatures for that purpose and their efforts have finally paid off.

It’s about time animal abuse becomes illegal in Lebanon and we are almost there!

Council of Ministers gives the animal protection and welfare law their official approval! Announced in the National News Agency and on LBC after yesterdays cabinet session, the draft law was one of 15 items discussed. This law regulates industries and establishments that use animals and will finally give all animals the legal protection they need.
Thank you to all of the Ministers for backing this campaign from the very beginning, Prime Minister Tamam Salam, Minister of Agriculture Akram Chehayeb, former Minister of Agriculture Hussein Hajj Hassan, the Ministry staff, and every one of our supporters for making this campaign possible. Now on to Parliament – and a better future for animals!