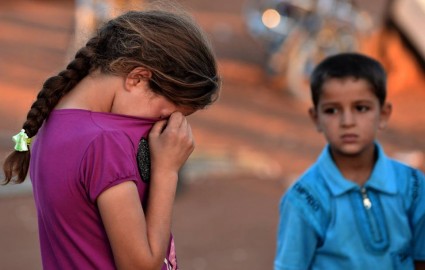 One of the biggest problems we have in Lebanon is that we don’t know how to set our priorities straight. We’ve been facing four tough years due to the regional tensions and war in Syria yet we’ve done nothing to keep our country safe and away from trouble. We’re heavily indebted, poverty is on the rise, traffic jams are everywhere, infrastructure is aging and deplorable, there’s no crisis-management yet officials seem more concerned about throwing accusations at each other and saving the nuns of Maaloula and the two kidnapped bishops in Syria.

The reason why I mentioned Maaloula and the two Orthodox Bishops (+ a priest) case is because they are being given so much importance in the Lebanese media and among Lebanese Officials, that you’d think Syria is not going through a devastating war with hundreds of innocent civilians being kidnapped and killed on a daily basis, and that the only highlight in Syria are the 12 Maaloula Greek Orthodox nuns and the two Bishops that were taken hostage by armed groups. While I totally understand the importance of Maaloula for Christians in the region and world-wide, and I condemn the kidnapping of religious people (and people in general), I don’t see why Lebanese officials, whether security people or politicians, are seeking out Qatari help to free non-Lebanese nuns and bishops while ignoring more urging and relevant matters.

Just to be clear here, I am all for helping out our Arab brothers and sisters but Lebanon helping others in the current circumstances is like asking a person who doesn’t know how to swim to save a drowning man and begging Qatar for help in a Syrian matter seems a bit irrational to me. There are Lebanese still kidnapped and missing in Syria and the proof is this man (Yaacoub Chamoun) who came back after 27 years in a Syrian prison, there’s a Lebanese cameraman called Samir Kassab that’s been missing since October in Syria, there are Lebanese (Including priests) that got kidnapped and are still missing, add to that the Lebanese families in Beb el Tebbane, Jabal Mohsen, and Akkar that are paying the price for the daily armed clashes there, the Lebanese families that survived the Indonesian boat disaster and are being threatened by the smugglers not to testify against them, the Arsal families who are helpless and are no longer able to contain the flux of Syrian refugees, and thousands of other Lebanese families living in deplorable conditions and in need of help.

If we want to talk about the importance of Maaloula as a historic Christian village where people still talk the language of the Christ (Aramaic), let’s try and keep the Kadisha valley on the UNESCO list of World Heritage sites, let’s figure out a way to grow more Cedars instead of building wedding venues next to them, let’s safeguard whatever is left from the Harissa mountain that’s filled with ugly buildings now, let’s try to save some of Beirut’s ruins before they get replaced by skyscrapers etc …

Even if we assume that all these Lebanese issues can be dealt with later on, which is not the case, and we want to help our Syrian brothers and sisters in distress, how can one disregard the 1 million Syrian refugees in Lebanon and the hundreds of thousands of children living in terrible conditions? Have you seen the tents under which they are living and the dangers that these children are exposed to? If not, then check out the pictures being shared by Journalist Carol Maalouf who spent the last two days in Arsal trying to help out the refugees there and shed the light on their condition.

There’s no need for me to elaborate further on the Syrian Refugees crisis in Lebanon because everyone knows how bad it is: Syrian women and children are being sexually harassed and abused in Lebanon, illegal and inhuman organ trading is thriving among Syrian refugees, Lebanese municipalities are imposing racist curfews against Syrians, illegal Syrian businesses are threatening Lebanese ones mainly in the Bekaa, beggars are all over the street and the list goes on and on.

Having said all that, it’s time we set our priorities straight as Lebanese citizens and stop listening to what all our officials are saying and focus on the problems that concern us as Lebanese and the little things that matter the most. There are plenty of NGOs and initiatives to help out Lebanese & Syrian families in distress so let’s give them a hand and take initiatives ourselves. Let’s stop being so hateful, racist and sectarian and preach love. Let’s be more productive and less destructive in our actions. Let’s stop sticking our noses in other countries’ affairs and mind our own for a change. Let’s listen to what Nelson Mandela said about love since all Lebanese apparently became so fond of him after he died few days ago:

“No one is born hating another person because of the color of his skin, or his background, or his religion. People must learn to hate, and if they can learn to hate, they can be taught to love, for love comes more naturally to the human heart than its opposite.”

I would love to see the Syrian nuns and bishops freed the soonest, and I am sure they would love as Christians to see us take good care of their own people (Muslims & Christians) who are suffering in Lebanon. After all, any country’s top priority has always been its citizens and the people residing in it first and foremost and there’s nothing that can’t be done if we as Lebanese hold our ethics and values above empty and shortsighted speeches and propaganda currently being delivered by ALL sides. 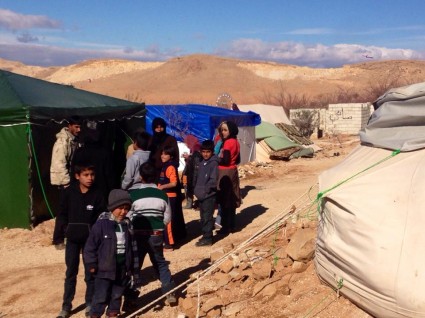