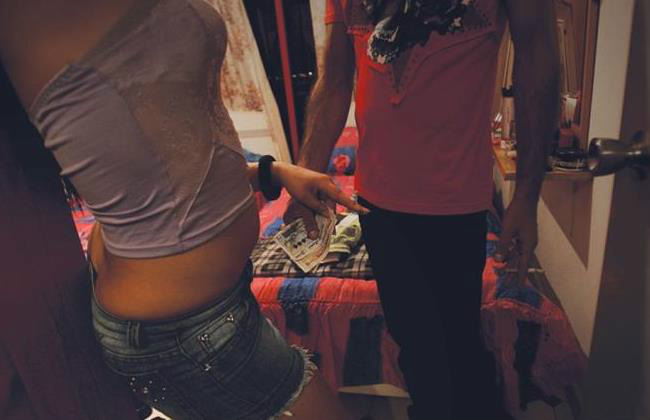 The Lebanese security forces dismantled yesterday the country’s largest known sex trafficking ring that was operating in Maameltein, a neighborhood in Jounieh also considered as Lebanon’s red-light district. The police freed around 75 Syrian female sex slaves, two of which might have been minors. The human and sex trafficking network has been operating for at least 10 years and was busted after 5 women managed to escape and inform the authorities.

The presence of sex rings in Lebanon is no surprise but it’s quite shocking that they’ve been operating for 10 years in a highly suspicious area and were never caught. What’s even more shocking are the horrific stories of rape, abuse and torture that were told by the freed girls to local TVs and websites.

LBCI shared one testimony while Legal-Agenda mentioned more than 5 stories. Most of these women lost their families in Syria and came to Lebanon looking for a new life but were instead tricked and dragged into prostitution in the worst possible ways.

Sally is 27 years old and has been a sex slave for almost 3 years. She fell for a Syrian man who promised to marry her but then took her to a whorehouse in Maameltein where she got locked up, abused and tortured repeatedly. Another girl called Nagham thought she was going to work at a pub before realizing she’s becoming a sex slave. Nagham had been working for 2 weeks and was forced to eat one cucumber per day only to lose weight as she was told her body wasn’t “appealing” to customers.

The worst part is that these poor women underwent nearly 200 abortions according to the detained doctor, or should I say butcher, and some of the women almost died in the process.

Unfortunately, there are hundreds if not thousands of human and sex trafficking networks in Lebanon and Syrian refugees, mainly children and women, are the most vulnerable to violence and sexual abuse. Many women who are unable to find work are subjected to regular sexual harassment or forced into prostitution. A lot of them simply prostitute themselves for money and aid or send their children to work on the streets.

Two weeks ago, a man confessed to having purchased four children, “two five year old twin girls, a boy about one year and several months, and his eight-year old bigger brother”, near Ramlet el Baida beach recently from a stressed-out Syrian woman for $600. The kids had lost their parents during the war and the woman was no longer able to take care of them. Luckily for the kids, they are being well taken care of but this just gives you an idea of what Syrian refugee children are going through.

We all hear horror stories from Syria but the scale of exploitation faced by Syrian refugees in Lebanon is dangerously high and the authorities have yet to regulate their presence and make them feel protected and safe, especially the families. Lebanon might collapse any day under the weight of the massive influx of Syrian refugees and has to manage in a better way the Syrian crisis starting with refugee children and women abuse.