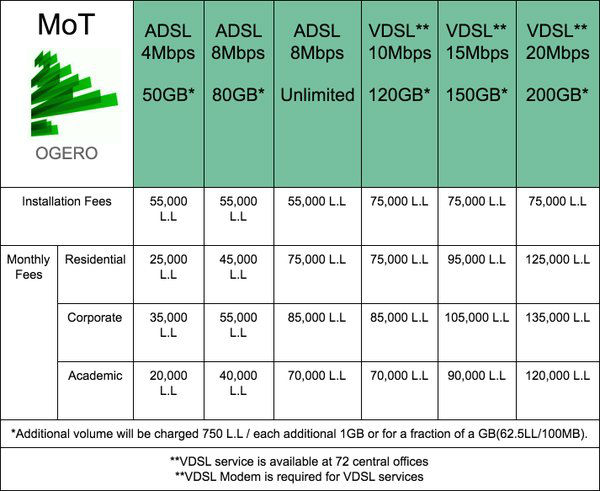 The above table was being shared yesterday as an April Fools’ joke. I have no idea whether it’s all fabricated or inspired from the 2020 plan announced by the MOT, but what’s sure is that we are still far from getting these speeds.

Few days ago, I asked people to share speedtest screenshots on Facebook and some of the speeds I got were deplorable. We are talking about 0.13, 0.47 and 0.12Mbps download DSL speeds here. The majority had speeds below 2Mbps while the highest speed I got was 4.69Mbps from a local cable provider in Achrafieh.

I’m glad that the internet topic is all over the news recently and as I stated previously, slow internet is as important as the garbage problem, whether you like to admit it or not, because technology has a huge impact on every country’s development and falling behind will cost us dearly in the future. 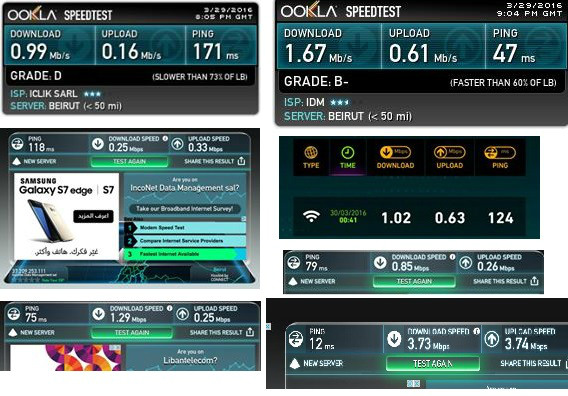