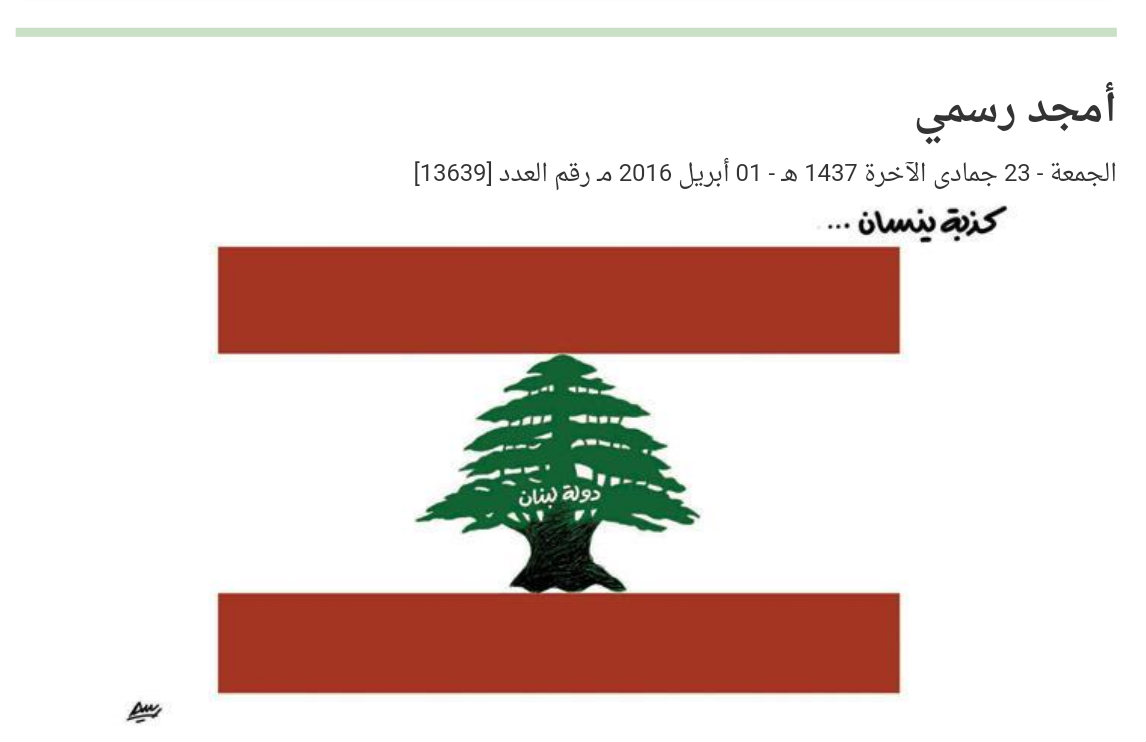 Saudi-owned daily Asharq al-Awsat angered Lebanese after it published a caricature earlier today depicting the Lebanese state as an April Fools’ joke. The cartoon was later on removed from the website without any explanation. The cartoon is disrespectful and offensive but I honestly laughed when I saw it because the joke is really on the paper and the cartoonist not on us.