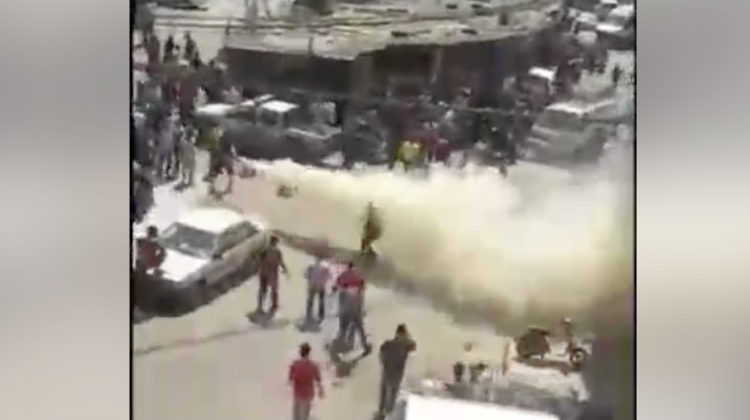 Some guy called Abou Ali was threatening people with his knives yesterday in Hay el Selloum. He is seen in the video keeping away policemen and people trying to take him down but it doesn’t look like he wants to hurt them to be honest. I read in one of the comments that the man has a mental illness and that he was provoked.

If that’s really the case, then the way the police approached him is disgraceful and unprofessional if they were aware of the situation. It’s a good thing no one shot him.