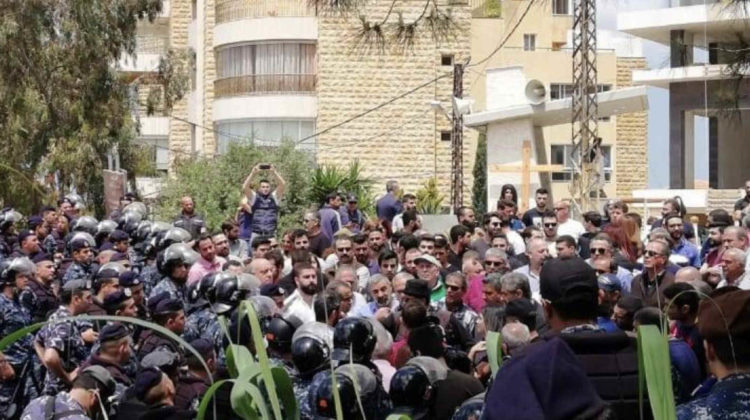 I wanted to write a blogpost to sum up what’s happening in Mansourieh and what’s been happening for the past years but Gino has already done that. What I’d like to add are few points in regards to that matter:

High Tension Power Cables & Cancer:
Questioning whether high tension power cables cause cancer or not is no longer the issue if you ask me. Mansourieh residents and others should protest and stand against the overt use of excessive power against families, kids and even protests nowadays. Videos that emerged showing the ISF clearly attacking unarmed civilians and an MP cannot be justified under any circumstances, and the Interior Ministry’s clarifications were shameful to say the least.

Scientifically speaking, there’s no clear evidence high tension power cables cause cancer or any other health issues but there are few studies that claim they do. I’m convinced they don’t, but I don’t see why they should be installed over people’s houses in the first place. If anything, this is yet another example of poor planning. Moreover, there’s noise pollution (electric humming) due to these cables, which can be annoying as hell. We had a similar tower installed next to my grandma’s house in Adonis and you couldn’t sleep all night because of the sound sometimes.

On a side note, it’s really funny how supporters of political parties backing the installation all of a sudden become energy experts and start lecturing us all on high tension power cables. What’s even funnier are MPs who once were staunchly opposed to this implementation and now agree to it or just keep quiet over the matter. And there’s of course opportunists who wouldn’t miss a chance to politicize any matter to grab some attention. Sadly enough, people keep voting for these same parties over and over again.

Sit & Talk with the Residents:

I’ve been waiting to see what the Energy Ministry had to say about this matter, and her stances are disappointing and borderline arrogant. It’s like nothing is happening in Mansourieh and we’re proceeding with the installation anyway. This is not surprising though, as this matter has been ongoing since 2008 and the authorities couldn’t proceed due to protests. This time however, they made sure the use of force is justified by sneaking it into the famous electricity plan that got approved few weeks back.

All in all, those who used excessive force against unarmed protesters should be held accountable, and those who are referring to scientific studies to justify such actions should be ashamed of themselves. This issue has been dragging since 2008 if not before, we’re talking over 11 years now!! If the authorities weren’t able to figure out any other alternative during all this time, then maybe they’re not up for the task (Oh wait we know that already :P).

To sum things up, I think the biggest irony in all that is that we’re not even getting electricity and there’s no sign of any improvements anytime soon.