If there’s one thing we’ve established from all the bombings taking place in Lebanon, it’s that all the cars were stolen ones. Funnily enough, the Local TVs are the first to reveal the real owner of the car by looking into leaked official databases. Having said that, I’ve suggested various times in previous posts a quick, cheap and efficient way to detect stolen cars before they enter a certain area, or mall or a parking lot etc. The idea is a pretty simple, cheap and efficient one and consists of coming up with a mobile app or software (and its respective hardware) that reads the plate numbers and matches them again the ISF Databases.

Here’s the problem at hand:
– ISF and Army checkpoints cannot possibly go through every single car to see if it contains any explosives or if it’s stolen. Similarly, most malls, shopping centers and hotels are still using defective bomb scanners and few of them inspect carefully the car and have bomb-sniffing dogs.
– If by any chance a stolen car is arrested on a checkpoint, chances are the suicide bomber might blow himself up.

Here’s how we can detect stolen cars:
– License plate readers and scanners are not a new invention and are used worldwide. They help police pinpoint stolen cars, fleeing criminals and basically any suspicious car and the widespread of security and speed cameras can help track the car movement better. However, we don’t have a network of security cameras and license plate scanners in Lebanon, so this might take time to implement, which is why we can implement this plan in 3 different stages:

Stage1:
– Release a mobile App called “Masrou2a” for example ( And assign a hot line for those without a smartphone) allowing Lebanese citizens to report their car as stolen on the spot. Once reported, the car plate number will be marked red in the databases.
– Equip all ISF and Army members with license readers that help them detect stolen cars on the spot. If the scanner shows a red signal, it means the plate number does not exist or the car is stolen.
– Equip all Mall/Hotels/Hospitals/Commercial Centers security staff with the same reader or simply install a license plate reader at the entrance of every parking that scans through every car and reports any stolen one directly to the ISF.
– Equip Park Meter officers with the license plate reader as well.

Stage2:
– Install License plate scanners equipped with automated license plate recognition technology on key roads and highways inside and outside Beirut. For example, one scanner at the entrance and exit of Tripoli and Dahieh, a couple of others at the entrance of Beirut, Arsal, the Syrian-Lebanese borders etc …
– Build an interactive map that shows real-time scans being performed and pinpoints a stolen car and tracks its location based on the cameras already set up.

Stage3:
– Expand the network of cameras to include more areas and streets and connect them together in a way to be able to track a driver’s movement.
– Build a unified control center that gets all the data, processes them and sends them to the related security agencies.

I have no idea how costly this project would be after implementing the 3 stages, but the technology has been available for years and the first stage can be easily implemented and at a reasonable price. There are two main concerns though that should be tackled properly:

– Politicians use fake license plate numbers for their convoys and are not willing to restrict themselves to one plate number for security purposes. This shouldn’t pose a problem if the convoy is accompanied by a police unit.
– Non-Lebanese license plate numbers cannot be verified and should be inspected at the borders in my opinion or wherever they are spotted. Maybe at a later stage once things calm down, neighboring countries would agree to cooperate and share basic information regarding cars coming from Syria or Jordan for example.

I am hoping that someone picks up the idea and pass it to the authorities, and if they are already considering it then that’s even better. 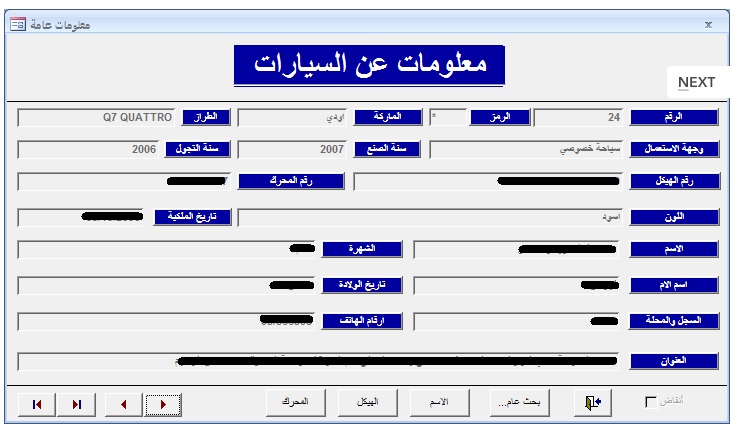