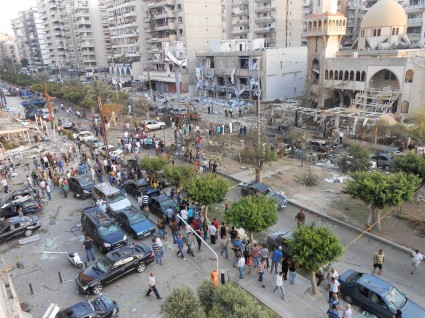 Almost a week after Dahieh’s blast, two explosions shook the city of Tripoli killing 45 people and injuring hundreds. The bombs, similarly to Dahieh’s bomb, were directed against civilians and were placed this time outside two mosques during prayer time. This is the bloodiest attack since Lebanon’s civil war and the worse is yet to come according to most security reports and officials.

I don’t know who’s behind these bombings, nor do I intend to try and point out accusations towards one team or another, but I don’t understand how all these high ranking security officials, ministers and politicians are predicting worse days to come without taking any initiative or setting up a proper security plan to try to prevent at least another car bomb. There are tons of measures that can be taken to make it harder for terrorists to infiltrate crowded areas and to detect any suspicious activity.

Interior Minister Marwan Charbel mentioned yesterday that he had set up with other security officials “a road map for the security agencies to deal with the situation” (Few hours before the explosions took place), but I don’t think any plan will work if the Lebanese citizens are not involved in it, and the borders are not sealed properly (A rather complicated matter).

At the moment, we don’t need road maps but quick and effective ways to protect our homes and streets, as well as coordinated efforts between the citizens, the municipality members and the security forces. The Lebanese Army and Internal Security Forces may not be able to protect the whole country, but they can always trust people and ask them for help. Neighborhood watches can be organized (Bourj Hammoud municipality already does that), Parking lots around crowded or religious sites can be removed, set up cameras, checkpoints (by the authorities only) can be organized regularly, cars can be registered at the municipality, hot lines can be assigned for each area to report any suspicious activity etc … 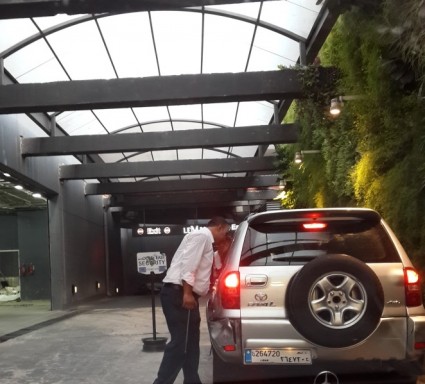 The media has an important role to play here and TVs should start awareness campaigns and advise people on how to monitor and report suspicious activities (As recommended by the Security Agencies of course), as well as organize talk shows that revolve around protecting the Lebanese instead of hosting political parrots and arrogant guests just to get more viewers. Businesses can also play a crucial role in financing the municipality, equipping them with the proper equipment, covering the expenses for setting up cameras and many other things. For example, a city like Achrafieh which has more than 20 banks and major companies can easily get the money to set up cameras on every corner.

The situation nowadays is very different from few years back when politicians were being targeted or bombs were placed in hidden spots to scare people. The last two bombs were placed in crowded areas to cause the biggest number of casualties possible and it is no longer acceptable to just wait for the next car bomb to happen. It’s no longer safe to go out anywhere to be honest and we can’t just pretend nothing’s happening and move on.

On a last note, the internet is a very powerful tool and the majority of Lebanese are connected now, so let’s make good use of it and express solidarity and love instead of promoting hatred and sectarianism. The Lebanese Police could set up few useful apps for citizens to submit reports almost instantly.

Since we want action and not just talks, and given that a lot of people, myself included, don’t have the time or money to take initiatives on the ground, what we can start by doing for example, even if it’s a baby step, is raise awareness online by asking businesses, such as malls, restaurants, pubs and other places to take proper measures and stop using these defective bomb detectors. Added to that, teachers can ask their school or university administration to take preemptive measures before they begin the new academic year.

I am almost confident Lebanese are mature enough not to want a new civil war, and I am sure there are still few good people in this country capable of making a positive change.

PS: I will forward this post and any of your suggestions to ex-Minister Ziad Baroud and other influential people to see if we can materialize any of these plans before it’s too late. 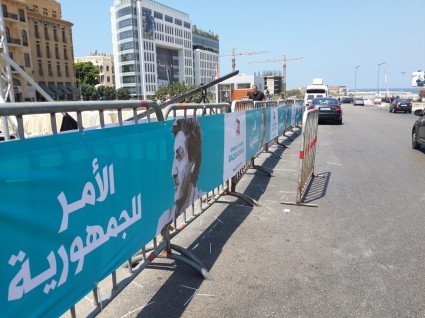 Inauguration of Bachir Gemayel Avenue was cancelled yesterday in Beirut after the Tripoli Explosions. A car was suspected as well near the place but it was a false alert.