After she got eliminated from MTV’s Dance With the Stars second episode (having received the lowest combined votes from judges and viewers), proved to be a sore loser and made a joke out of herself in an interview with Tony Khalife, May Hariri received another blow when she lost the lawsuit against MTV to prevent Lebanese singer Haifa Wehbe from participating in the show’s fifth episode as a special guest.

It would have been better if she remained silent from the start and avoided all this humiliation. 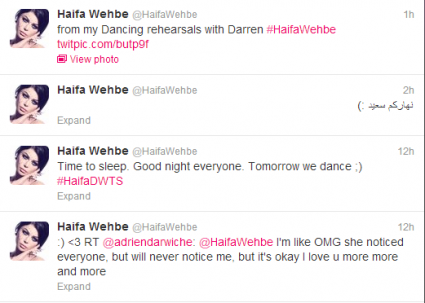 @HaifaWehbe seems more excited than usual about her DWTS performance tonight. I wonder why.