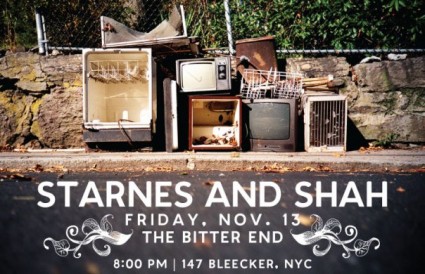 Starnes&Shah, featuring vocal duo Lebanese Dania Abu-Shaheen (guitar/vocals) and Zilpha Starnes (keyboards/vocals), was formed in Astoria, NY in 2005. Bring a poet/songwriter from Lebanon together with a choirgirl from Dallas, Texas, and you get a unique musical counterpoint.

The songs range from pared down acoustic ballads to rock anthems complete with choral arrangements and layered guitar effects. They are stories rendered with Dania’s poetry and music. Zilpha’s harmonies play between exchange and tension to produce a signature sound. [Bio]

Dania and Zilpha have been together for 6 years now and already released three albums, “Summer in the Woodshed” in 2007, and “Pink White Blue Green” in 2009 and “Red Brick Tide” in 2011. They performed so far mainly in US cities, such New York, Boston, Portland, Philadephia and Burlington and at EM Chill in Lebanon last summer. 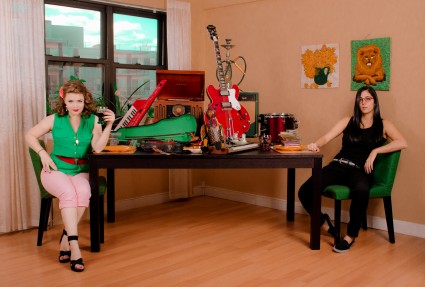 Starnes&Shah’s latest single is titled “24 Million” and you can listen to it [Here]. This single is from their upcoming fourth album “Shilling for Dreamtown” which is set for release in the summer of 2013.

It’s not really my kind of music but I enjoyed listening to some of their songs. They’re relaxing and both have a good singing voice.

If you want to know more about them, click [Here].