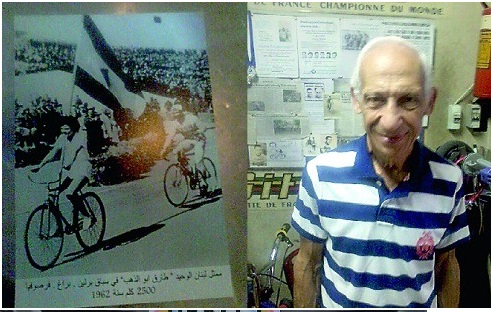 A Facebook post caught my attention last week about a former racing cyclist in Beirut called Abou el Dahab who runs his own bicycle shop with his son Osama in Zarif in Beirut. Abou el Dahab is 76 years old but he’s still an active cyclist and exercises everyday for 30 minutes in his small shop according to the post. 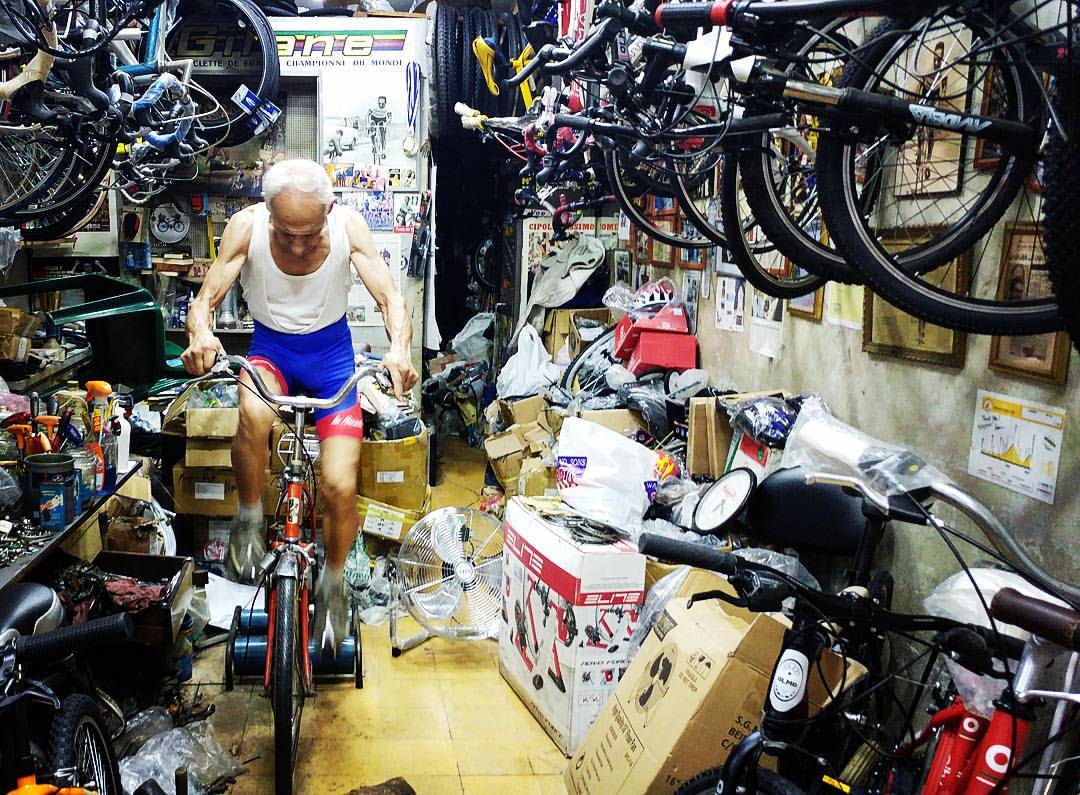 Tarek Abou el Dahab is also a Lebanese Olympian. He began competing in cycling events at the age of 18 in Paris where he was preparing for the road World Championship in Reims. Abou el Dahab won four Lebanese championships and qualified twice for the Olympic games in Mexico in 1968 and Munich in 1972. I looked online for the results of these two Olympics and found that Tarek did not finish the field race (Cycling) in 1968 and 1972 (there were a lot of DNFs) but did have a time in the 1972 track event.

I found another article translated from Cyclopaedia by TheRustySquill about el Dahab. It says that he took part in the Clermont-Ferrand race in 1961, finished eleventh at the Four-Cantons race in Switzerland and also took part in the International Peace Race in 1962 (Berlin-Prague-Warsaw). More recently, Abou el Dahab was invited in 2012 for the 60th anniversary of the Peace Race in Germany where he was rewarded and reunited with former cyclist Tave Schur but I can’t find any sources that link to that story. Gustav-Adolf Schur (“Täve” Schur) is a former German cyclist and one of the most popular sportspeople in East Germany. He’s also the first German to win the Peace Race. 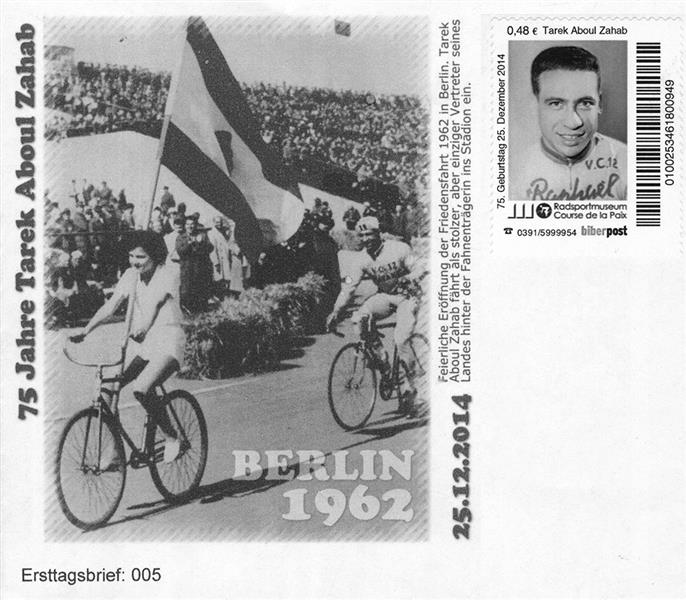 I’d love to visit his shop one day and get to know him. I doubt that he ever got any recognition from the Lebanese authorities but he’s a true champion and people should know about him. I don’t know where his shop is in Zarif (Sanayeh) exactly but the author of the FB post shared his son’s mobile number Osama which is 70 039 787. 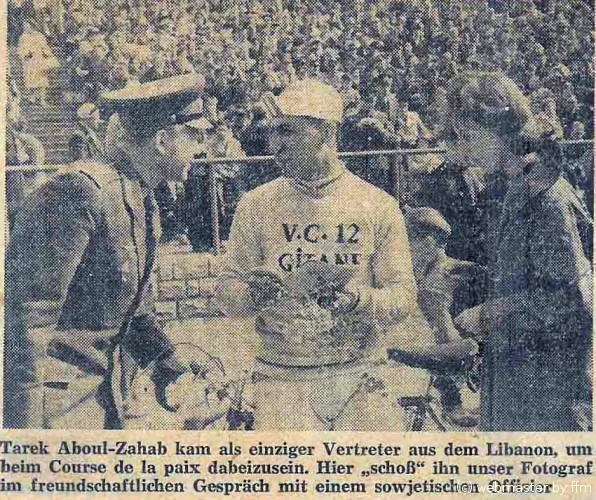 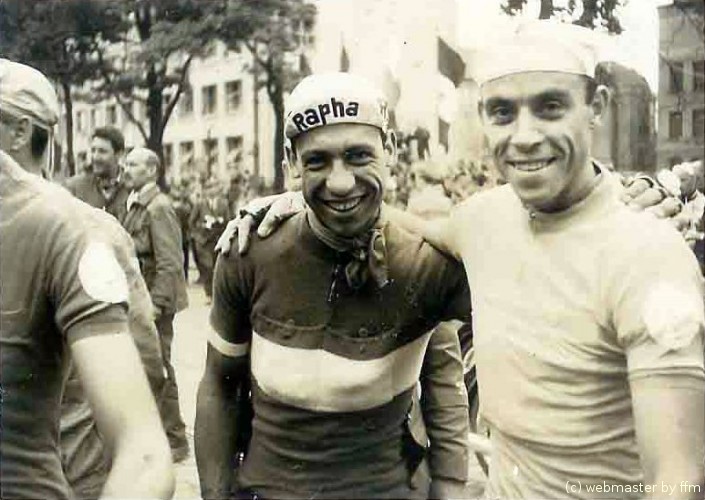