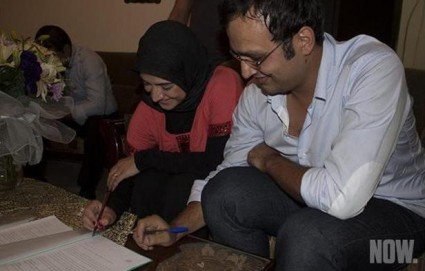 WhenHopeSpeaks posted early today that the Ministry of Justice approved the marriage registration of Nidal & Kholoud on Lebanese soil (Followed by a Zaghlouta) and NowLebanon also mentioned that the Lebanese Supreme Council of the Judiciary approves legalization of civil marriage in Lebanon.

It’s not yet 100% officially confirmed as I believe Interior Minister Marwan Charbel should have a final say about it but it looks like we’re heading in the right direction.

In case you missed it, this is how Kholoud and Nidal pulled out a civil marriage in Lebanon.