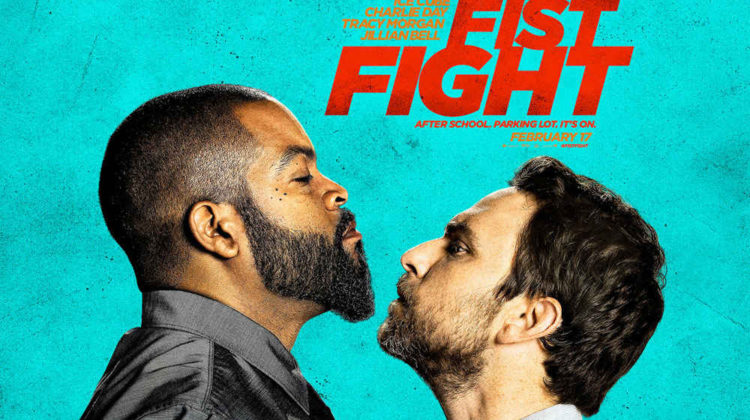 Is there any student who wouldn’t want to see their school or university teachers get into a fight in the parking lot at the last day of school? “Fist Fight” is about two teachers who get into a argument as one loses his job because of the other selling him out. The entire movie spans over the last day of school day with Charlie Day stressing over getting himself out of a fight with Ice Cube in anyway possible as well as other problems he needs to deal with.

Fist Fight is not really your average school comedy but it’s also not that great of a movie. It’s an OK flick and pure entertainment with constant laughs. What I loved the most is that they actually did have a fight at the end and it was kick-ass. This is definitely not your wanna-be Oscar contender movie, it’s just a fun movie with good actors. I like Ice Cube and Charlie Day has become one of my favorite comedy actors ever since “Horrible Bosses” and the sitcom “It’s always sunny in Philadelphia”.

I expected Fist Fight to be funny but it was a bit better than I expected. Ice Cube and Day fit their roles pretty well. The first part of the movie was much better than the rest so it could have been much better but overall you will enjoy it if you’re looking for a brainless fun movie 🙂