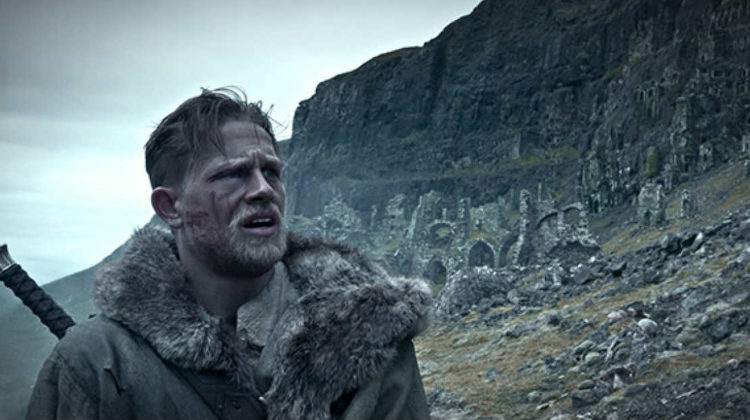 “King Arthur: Legend of the Sword” is the newest in a long line of renditions portraying the life of famous King Arthur of Camelot, with King Arthur played by “Sons of Anarchy” star Charlie Hunnam. The main story line of the movie focuses on Arthur’s journey as he rises to the throne. The movie starts with Arthur’s uncle Vortigern (Jude Law) orchestrating a coup to take the throne and claim Excalibur and its powers all for himself. However, Vortigern could not claim Excalibur which Arthur’s father (Eric Bana) had left stuck in a rock to avoid the sword landing in the wrong hands. With Arthur fleeing the kingdom to evade Vortigern, the prophecy of the king-son is born.

Arthur, castaway from a young age, begins his life in a London brothel. His mental and physical development and growth are quickly portrayed through a series of swift events. Meanwhile, King Vortigern was expanding his empire and spreading fear amongst the kingdom. The only obstacle separating him from total domination remained the prophecy of the king-son. His quest is focused on finding his nephew, Arthur, to kill him and finally claim the sword and its powers as his own.

Vortigern finally finds Arthur and sentences him to death by execution. However, Arthur is rescued by a secret community known as the resistance who stand by him. During his stay with the resistance, he learns to control the powers of the sword and face the ever haunting images and dreams that he has been seeing ever since his young age. Using cunning tactics and unwavering will, he manages to confront his uncle and topple his reign of fear.
The movie is packed with action scenes, and is overall entertaining and fun to watch. Even though some scenes are blurry, they fulfill their purpose. Unlike previous editions of the story, this movie follows a modern twist through the addition of Sci-fi and surprising comical scenes that stir up a laugh even in dramatic settings.

Finally, it is a nice movie to go and watch. We all know the story of King Arthur and his knights, so we know what the outcome is. Yet, as this movie focuses more on the plot and the importance of Excalibur instead of the characters and their backstories, the two hours pass by pretty quickly as the sequence of events sustain a compelling chain.